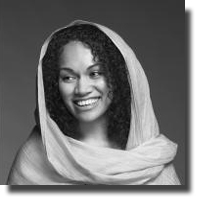 "Some rise by sin, and some by virtue fall" might be the best known line from William Shakespeare’s comedy Measure for Measure. Delivered by Esculas in response to the notoriously pious Angelo’s overzealous methods in cleaning up the district, it’s a lesson that we might find as appropriate today as in the Bard’s own time.

Angelo wouldn’t be the last politician to prescribe punishment on those who commit the same deeds as himself. When bestowed with absolute powers by Duke Vincentio, these powers corrupt him absolutely.

Director John Murphy moves Shakespeare’s last comedy from early seventeenth century Vienna to Storyville, the red-light district of New Orleans in 1900. Like the play itself, the production is both absorbing, yet tantalizingly labyrinthine.

Murphy’s re-imagined version certainly works. In some respects the relocation of play’s time and place to The Big Easy benfits the darker humour and also draws into sharper focus the danger of government involvement in society’s sexual morality.

Immediately upon receiving his new authority, Angelo (David Mackay) condemns Claudio (Luc Roderique) to death for knocking up his girlfriend. It takes a meeting with Claudio’s sister Isabella (Sereana Malani) before he even considers reversing his decision. When the saintly novice puts her dignity in peril to plead on behalf of her brother’s life, Angelo finds himself smitten by Isabella’s graceful beauty. Tempted into a liaison with Isabella, he offers her a bargain that looks and feels like blackmail - her body for her brother’s pardon.

Shakespeare’s black comedy (some scholars have called it a “problem play”) and Murphy’s diacritic rendering of it provide an opportunity for some offbeat performances: Lois Anderson takes over the stage with a scrumptiously debauched portrayal of Mistress Overdone, while David Marr turns in a delightfully decadent performance of her sidekick Pompey.

Anton Lipovetsky makes the role of the banjo-playing flunky, Lucio, seem like it was written for him. He handles the Cajun accent better than any of the other actors in the production. Fijian born Sereana Malani delivers an earnest reading of Isabella. She is new to Bard on the Beach, but not to Shakespeare (she’s the one in the hooded habit, clutching a rosary in the production poster). I first saw Ms. Malani in the role of Saint Monica in a Capilano College student production of The Last days of Judas Iscariot – liked her then, loved her in Measure.