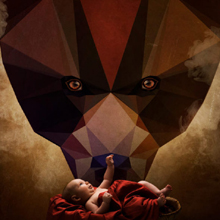 Bard on the Beach
The Winter’s Tale

Performances at Bard on the Beach have earned a deserved reputation for excellence. Simply put, this presentation of The Winter’s Tale elevates that reputation. From start to finish, in every detail, this production shines.

Brilliant actors, clad in fine and appropriate costumes, plotted, railed and reveled among imaginative and efficient sets (including superb puppets) with profound sound and light effects, captivating and delighting the audience every step of the way. This speaks to the invisible “quiet” skills of key people, such as director Dean Paul Gibson, choreographers Tracey Power and Wendy Gorling.

The story is classically Shakespearean, full of misguided assumptions, injustices, feints and trickery, mistaken identity, touches of humour and buffoonery, and eventual resolution.

All performances were stellar. Ian Butcher, as Polixenes, offered keen reactions to sudden rebuke from a trusted friend, and outrage at the discovery of his son (Austin Eckert) in love with an unsuitable match (Kaitlin Williams). Kevin MacDonald was also strong as he ranted excellently in his gross misunderstanding that set the plot in motion, and especially later, as he wept when all was revealed and resolved. Sereana Malani, as Hermione, convinced the audience, if not her husband, of her innocence in a finely balanced performance.

Laara Sadiq was notable for her careful expression and involvement in every second of her performance as Camillo, the faithful protector of those she served and loved. And Lois Anderson’s convincing portrayal of the domineering Paulina was a stand out. Ben Elliot, as Autolycus, delighted the audience with his sly antics in duping the Shepherd (David Adams) and his son (Chris Cochrane), all offering great moments of comedy relief. These - and all the players - shone, and each deserved the standing ovation given by the appreciative audience.

The Winter’s Tale is a play not commonly known, compared with other Shakespearean plays. It is deeper than some more well-known plays, and less involved than others, so why it is not as well-known is a mystery. This play is worthy of wider recognition. The brilliant performance offered in this year’s Bard on the Beach production certainly has the potential to raise its stature in the encyclopedia of Shakespeare. Broaden your experience of Shakespeare, and savour astonishing talent. See it.