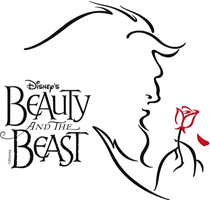 Beauty and the Beast Music by Alan Menken, lyrics by Howard Ashman and Tim Rice

Plus an Interview with cast member Jillian Butterfield

Almost three years to the day, Disney’s Beauty and the Beast returns to the Queen Elizabeth Theatre. The NETworks production delivers everything that its devotees (mostly families with younger children) would expect.

Marie Leprince de Beaumont’s adaptation of La Belle et la Bête is arguably the most enduring of all popular faerie tales and has been attributed to providing the basic premise for Hollywood’s King Kong.

This Disney version, as we should expect, leaves little left for the imagination. However, it more than makes up for what it subtracts from the original story with what it adds: characters, colour and charm. It’s synchronously extravagant, dazzling and perhaps even a little chintzy. Scenic designer Stanley A. Meyer’s eye-catching moveable set pieces and brilliantly coloured stage boards provide a lavish setting for some spectacular singing, dancing, as well as some rather broad acting.

One of the many strengths of this roadshow is Belle, Disney’s unconventional heroine who is brave, bookish, independent and as much of an outsider as the Beast. San Diego native Jillian Butterfield embraces the role with blithe spirit. Her voice is wholesome and effortless in her showpiece solo of “A Change in Me.” Ryan Everett Wood brings his robust persona and fine baritone voice to the role of the Beast.

The production gets its ‘cute factor’ from eleven-year-old Arizona native Ross Nemeth who shares the role of Chip the teacup with Logan Jeremy Sejas. The audience only get to see Ross’s head covered by a teacup headpiece while his body is hidden inside a teacart.

For adults, it’s hard not to enjoy Cameron Bond as the comically conceited Gaston, who along with his aimless side-kick Lefou (anyone ever notice that the name translates to ‘the fool’) played with agility by Jake Bridges, come up with some hilarious slapstick. Bond’s puffed-up, chauvinistic rendition of “Me” where he exhibits complete oblivion to Belle’s indifference is certainly the funniest tongue-in-cheek novelty song in the show. And when the ensemble come together in celebration of Gaston’s manly prowess with “Gaston” (there’s no-one like Gaston) adults in the audience cheer louder than the kids.

As with previous versions, the quirky servants rendered in a state of mid-transition between human and inanimate household object, more than punch their weight in carrying the show. Among them: Lumiere, a charming candelabra (Patrick Pevehouse), Cogsworth the “tightly-wound” clock (Samuel Shurtleff) and Mrs. Potts (Emily Jewell) the congenial teapot who is always ready with a comforting cup of tea.

Less is definitely more with this slightly streamlined production. From the staging and splendid costumes to the songs, everything is top drawer. Audiences will be whistling and humming Alan Menken’s show-stopping tunes all the way home.

Next month (February, 2015), Broadway Across CanadaTM touring company rolls into town for eight performances of Beauty and the Beast at the Queen Elizabeth Theatre. People lucky enough to get tickets will see and hear Jillian Butterfield, a twenty-five year-old brunette from San Diego, California as Belle, the female lead.

She talked to me by telephone from Fort Worth, Texas, earlier this week just ahead of the first of two shows that day. I asked her how she liked being a part of the Beauty and the Beast cast. “It’s wonderful to be part of a show with such iconic music and iconic characters” she replied.

She attests to handling the rigours of her touring debut well. “I like to practice guitar in my spare time, although, I didn’t bring my guitar on tour.” She continued “so when I get a break from working, I love exploring the tour stops with other cast members.”

Jillian seemed genuinely excited about starting the Canadian leg of the tour in Vancouver. “I’ve always enjoyed coming up to Canada” she revealed. “I’ve only been to Vancouver before on vacation, but a couple of years ago, I worked in Toronto rehearsing for roles on the Disney Fantasy cruise ship.”

Jillian started acting at age eleven in her middle school production of The Wizard of Oz. However, in high school she became a competitive ice skater and was considered to be an Olympic prospect until an injury she sustained in practice halted her progress. She didn’t spend much time brooding though. On her mother’s advice, she attended auditions that brought her back to performing on the stage.

Jillian looks for inspiration in other artists, both newcomers and experienced performers, who have been successful in musical theatre. “I’ve never really looked up to a single mentor” she affirmed. “I like to observe special nuances from a range of actors.”

When I asked if there were roles she might be inclined towards in the future, she paused for a few seconds before expressing her desire to play Éponine in Les Miz.

Jillian Butterfield doesn’t worry about the future. She will remain with Beauty and the Beast until the tour winds up in Orlando in May, 2015. After that, she’ll head home to Southern California to spend quality time with her family before returning to her base in New York City.

When asked which accomplishment she was most proud of, she was unambiguous. “Working in this show is definitely the best thing so far in my career” she proclaimed proudly.