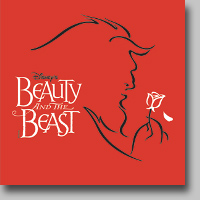 Disney’s Beauty and the Beast is a proven favourite among audiences and creative teams alike. And Bill Millerd, after 40 years directing for the Arts Club Company, has picked another favourite that delighted the matinee audience composed of children, parents and grandparents most of whom were in their Sundays suits, even if it was a Saturday.

This is probably Bill's last directorial stint since he has passed on the reins of the Arts Club to the young and vivacious Ashlie Corcoran. In fact, in the beginning and at the end of the show, an announcement was made for the Bill Millerd Artist Fund to help local artists develop their skills. Donations were collected at the door on the way out.

Jonathan Winsby, who previously played the villainous Gaston, is Beast in this production, while this loveable "I-hate-him" character is played by Kamyar Pazandeh. The the lovely and fragile Belle is played by Shannon Chan-Kent whose lyrical operatic voice delighted the audience.

Susan Anderson as Mrs. Potts sang the theme song "Beauty and the Beast" so well that you could hear the audience still humming the song after the show.