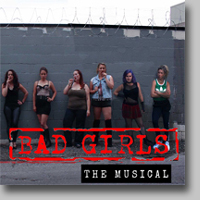 Based on the hit UK television series set in the HMP Larkhall Women’s Prison, Bad Girls is a dark yet upbeat musical filled with a cast of catty inmates, control-ridden guards and a good-hearted female Governor.

Helen Stewart, the newly appointed Governor of the prison, is a strong-willed leader who wants to improve the system for the inmates and is met with resistance from the old-school guards who are set in their controlling ways and opposed to change. The inmates have lost hope of fair treatment based on the past system and question whether Stewart can truly improve their opportunities to be treated with actual rights.

The set design team did an effective portrayal of a prison given the limited real estate they had to work with. The live orchestra kept the mood upbeat during all parts of the performance which made the time fly by.

As the inmates weren’t restricted to wearing a uniform, each costume was unique and played well into the inmates catty and playful personas.

The acting was well done and I personally appreciated how the lyrics were clearly enunciated with the UK accent and in tune while in song. A few of the solos truly shone as truly gifted singers. It was neat how the cast engaged the audience, highlighted by the Guard outlining the stern rules at the onset of the performance as though we were her own inmates (ie. turning off one’s cell phone.)

If you like witty, dark and risqué plots with a lively cast, I would highly recommend checking out Bad Girls.