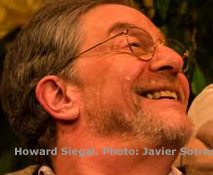 Bonnie Beachum is intelligent, romantic, articulate. Her husband, Glen is a retired lawyer who is as laconic as she is voluble. He hides behind his newspaper with his crossword. She speaks as she thinks. Words and ideas are clearly important to them both and as the play opens, in that comfortable space after a good meal, Bonnie is weighing up the relative merits of murder and suicide. Glen refuses to be drawn and when Nick, their son, comes in from finishing the dishes, the subject is lightly dismissed.

Homeward Bound was written in 1991, long enough ago to have some very dated passages. Norris, Nicks older sister, sells typewriters as well as computers and Bonnie and Nick discuss what to call Nicks partner Guy. For Bonnie, friend wont work in the inevitable difficult times of a life-long relationship, lover is too explicit. She prefers combine. Bonnie also holds that Nick, as a homosexual, is well-protected by being middle-class, by which she means the comfortably off bourgeoisie.

Nevertheless, this comedy of manners takes a sharp look at love, marriage and the family with ideas still valid today. It is also very funny. Anyone from a family that bickers will recognize themselves and so will anyone who has ever had a skunk in the garage. At the same time it is also a very serious play about aging and death and is as up-to-the-minute as the news in its proposed responses.

Elliot Hayes was a clever practitioner of the Pinteresque conversation where the ground moves beneath the feet of audience and player alike and rolling waves of doubt and misunderstanding are relieved by moments of comprehension. Unfortunately on opening night Western Golds production was rather flat and lacking in dynamic expression.

Mia Ingimundson was very good as an angry and confused Norris and Jordan Navratil as the self-regarding journalist Nick, particularly as the play got darker. The set by Glenn MacDonald was typical middle-class suburbia down to the raft of pictures on the walls, and lighting by John Webber subtly restrained.

There were plenty of laughs on opening night for this clever and observant play and I have no doubt that the production overall will resolve its difficulties and pick up steam.