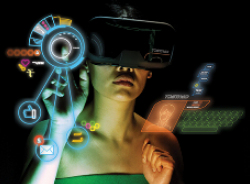 Kuroko is a stylish, multi-layered play that would seem to be part black comedy and part window on present-day Japanese social order. It comes from the creative mind of storyteller and performance artist Tetsuro Shigematsu and produced by the Vancouver Asian Canadian Theatre (VACT). It's quite a departure from the writer's two previous works: Empire of the Son and 1 Hour Photo where he laid bare his personal life and Japanese heritage and performed the work himself on stage. This time, he allows other actors to convey his story. The title is perhaps misleading. It refers to the black-clad stagehands in traditional Japanese theatre who anonymously take care of the scene-shifting. However, Kuroko might be expanded to include somebody who always gets ignored or is transparent.

The story centres on Hiroshi Tanaka (John Ng) and his dysfunctional family. Hiroshi has been without employment for three months, but has delayed any conversation with his wife about making financial adjustments. His wife Naomi (Manami Hara) is a homemaker and his 23-year-old daughter Maya (Kanon Hewitt) is hikkomori – living a solitary existence, only leaving her bedroom to pick up a tray of food left for her by her mother. Maya spends her days (and probably nights) as a ‘first person shooter’ (video game) whose avatar has become an advanced virtual warrior.

Hiroshi sees no prospects of finding new employment and is planning on ending his life in order that his family will benefit from an insurance payout. Before that can happen, he must find someone who can inspire Maya to return to the real world. Maya’s virtual world and real world rarely intersect, but will now those worlds will have to collide if she is to become a “real” heroine and save the father.

Entering the theatre space at the Cultch’s Historic Theatre, one is confronted with a ten foot neon cube. Through subtle rearranging of Styrofoam blocks and sliding transparent panels, the cube marvelously transforms between Hiroshi’s apartment, a ‘Rent-a-family’ business, a subway station and a virtual environment inhabited by Mara and her new avatar partner KILROY 37 (Lou Ticzon).

John Ng plays the Tanaka patriarch with understated nuance and truly anchors the show. Kanon Hewitt switches coherently between an insecure young woman and a formidable warrior. Manami Hara’s performance as Mara’s mother Naomi is perhaps over-cautious, she even seems impassive while her family is struggling.

While I would have liked the storyline to have a little more weight – how did Maya become hikkomori and what really happened to her older brother Ichiro? There is enough substance to keep the audience engaged, while allowing emotional conviction to sympathize with the characters’ predicament.