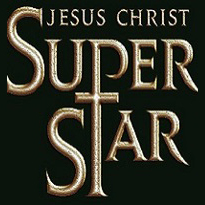 This production of Jesus Christ Superstar is the third mounting in Uncle Randy Productions’ storied history. It’s almost certainly the most cutting-edge and definitely the loudest. With a young, talented cast, mostly gleaned from Capilano University’s musical theatre program, Richard Berg has gone for a ‘balls to the wall’ direction without sacrificing original integrity.

Tim Rice and Andrew Lloyd Webber's countercultural version of the Passion of Christ is seen through the eyes of his enigmatic disciple, Judas. Far from seeing himself as a betrayer, Judas believes he is an unwilling accomplice in Christ’s martyrdom.

This version takes some interesting risks in casting women in the traditionally male roles: Judas Iscariot, Pontius Pilate, Herod and Simon the Zealot as well as some of the apostles. Ali Watson turns in a tour de force performance as Judas. When she opened the show with “Heaven on Their Minds” I was amazed at how much passion and zeal she was able to project. Isabell Halladay is insouciantly camp as King Herod and Jennifer Suratos is uncannily believable as Pilate.

Among the conventionally cast roles, Nick Heffelfinger gives a credible performance in the title role, showing a broad range in both singing and acting. Synthia Yusuf certainly looks the part of Mary Magdalene. She brings deep emotion to her performance without overplaying the sexual tension in her showpiece solo “I Don’t Know How to Love Him.”

Richard Berg and Robert Sondergaard’s minimal, but efficacious set consists of an imposing floor-to-ceiling, open structure crucifix that only appears at the beginning and the end. The temple style steps that span the width of the stage give height and breadth to the staging. Perhaps the most creative element though, is the use of marble-toned ‘live’ statues that come to life as Judas’s subconscious tormentors.

Robert Sondergaard is also responsible for lighting, which at times is spectacular and other times, well, almost too ostentatious. Jemma Schrauwen gets credit for costume design, though by and large, many of the actors randomly wear whichever clothes they feel like. She does, however, stress the division between ’blue-collar’ apostles and the religious clerics with a contrasting choice of clothing.

In the four and a half decades since Jesus Christ Superstar was first conceived as a sung-through rock opera, the music is as relevant today as it ever was. Director Berg’s direction is adventurous, though doesn’t rely on shocking the audience. An exception is the visually graphic first act temple scene.

Jesus Christ Superstar plays at the Centennial Theatre, North Vancouver until November 5. You’re sure to find the show an affecting and exhilarating experience.