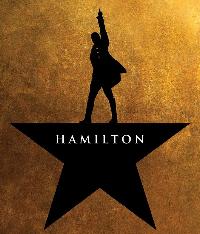 Seven years after opening on Broadway’s Richard Rodgers Theater, Hamilton finally comes to Vancouver. Its popularity has been phenomenal and it’s easy to see why. Hamilton is an epic, politically inspired, biographical stage musical, with its sung-through dialogue delivered in mostly rap form. The show’s pace sweeps the audience along in political intrigue, personal tragedy, and blackmail.

Alexander Hamilton was a most unlikely folk hero: born out of wedlock to Rachel Faucette in Charlestown, Leeward Islands (now St. Kitts); he was an artillery officer in what was the new Continental Army and later the first United States Secretary of the Treasury under George Washington. While the bio-musical essentially paints a picture of Hamilton as a trusted aid to Washington and an astute politician in his own right, it also depicts him as having moral failings and capable of making enemies.

Julius Thomas II steps into the role of American founding father Alexander Hamilton, a role made famous by the show’s creator Lin-Manuel Miranda. Thomas’ performance is brilliantly understated, while having just the right amount of swagger.

Brandon Louis Armstrong shows versatility in portraying patriot spy Hercules Mulligan in the first act and the ambitious James Madison in the second act. The role of the more colourful Mulligan seemed more suited to the actor’s style and physicality who shows incredible lightness of foot for such a big guy. Natural tenor Darnell Abraham puts in a tour de force performance as George Washington. His range extends beyond the hip-hop that he is mainly called upon to provide.

Female roles are invariably smaller than the powerhouse male roles. However, Victoria Ann Scovens is particularly convincing as the idealistic Mrs. Hamilton and Maria Harmon is an impassioned Angelica Schuyler who provides beauty and soulful vocals.

Hamilton certainly offers a talented ensemble of wonderfully cast historical characters, but the show's production qualities can't be overlooked. Paul Tazewell’s finely designed clothing is not just gorgeous to look at, but also accurate in terms of time and place of late eighteenth century America. David Korins’ single functional set in what appears to be unfinished “two-by-four” wooden scaffolding has to work for the multitude of scenes. The staging also incorporates a purposeful revolving floor section that allows for many artists on stage simultaneously.

If last night’s (May 25) audience reception is anything to go by, Hamilton is in for a successful four week run. It’s taken awhile to get here but it was worth the wait.