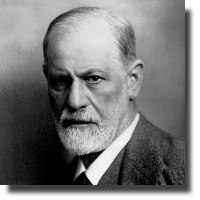 Freud’s Last Session was too short because it was so good. The Couch Trip Collective, so aptly named in this case, treats the audience to a fascinating evening of debate between two of the most influential intellectuals of the last century, Sigmund Freud and C.S. Lewis. Set in Freud’s London residence on the eve of Britain’s entry into World War II, the action is mostly intellectual, with a healthy dose of emotion and soul-searching, and generous amounts of humour.

Freud is dying of cancer. He has been baffled by Lewis’ decision to abandon atheism in favour of Christianity, and has invited him for a visit to reveal his reasoning. From the beginning of their meeting, the ideas fly. How can God’s existence be proven? How can it be denied? What constitutes morality? And what good is morality in the face of the evil unfolding in Europe at the time? The conversation cuts deep into both characters, and into the minds of the audience as cogent and persuasive comments are met with counter-arguments that challenge, force introspection and yield honesty - often poignantly emotional.

Chris Robson’s insightful experience is apparent in his direction of Richard Newman (Freud) and Damon Calderwood (Lewis) as they go at each other’s ideas, rising in passion, heightening tension with authentic radio announcements declaring war, seeking respite in humour, and forcing surprising self-revelation.

Of course, the success of the play rests on the shoulders of the two actors. Newman is brilliant as Freud - gruff, blunt and satirical, yet revealing a subtle vulnerability. Calderwood impresses, too, as the passionate, idealistic Lewis. His bearing - imposing and strangely loud - is a masterful interpretation of his reaction to the wartime experiences of his youth. Both actors shine in their roles.

Freud’s Last Session is a play that one must be ready for. The early fast pace of the discussion, as the two men scope each other out before serious debate, can overwhelm the unprepared. It is a stimulating, fast-paced intellectual and philosophical contest. On your mark. Get set. Go! You’ll be glad you did.