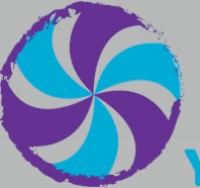 "It's scary" said my young companion walking into the auditorium, and indeed the set by Ariel Slack was full of fungus-infested, definitely creepy trees. But as soon as the music started a great grin came over his face and never left it. Stiles' and Drewe's version of the "best pig tale of all" (you get the picture, this show is for children of all ages) is a quality musical theatre show.

The plot follows the familiar outlines, slightly updated. Single-parent Mother Pig (Steffanie Davis) belts out a catchy tune about untidy bedrooms which are making her house “A Real Pig Sty” and sends her piglets out into the world to grow up. After all, as they sing, “The World is Perfect for a Pig.” There is the little matter of the big, bad wolf, but he has not been heard of for months and the piglets set off.

Siu, (Angela Chu) is a fierce environmentalist and wants to build her house of straw, oldest brother Cha, the jock of the family, (Frankie Cottrell) wants to live on his own and favours sticks. Bookish Bau (Tanner Zerr) wants them all to be close and live in his fantasy - a large brick house with room for everyone, including Mum, and a garden for Siu. Deliciously comic Steffanie Davis hams it up as 3 Convenient Tradespersons passing with a load of straw, sticks or bricks as needed, and the pigs build their dream houses.

Of course, the big, bad wolf re-appears. Although he feels misunderstood, like all the best villains he relishes his badness. Kamyar Pazandeh was in fine voice and enthralled his young audience with a knowing eye and seductive manner, helped by a pair of charming puppet-owls from Stephanie Elgersma.

This is not a deep show, but under the direction of Chris Lam (stage) and Arielle Balance (music) gentle jokes and snappy tunes keep it lively and entertaining without its ever being condescending. Nicole Rose Bond’s choreography hits the right level with a nice mix of solo and group show dancing and soft shoe routines.

If Carousel has put its money where the mouths and dancing feet are and foregone a complex set, then they have made the right choice. That said, set and costumes were reminiscent of a learn-to-read book and none the worse for that. Lighting was by the always impeccable Itai Erdal.