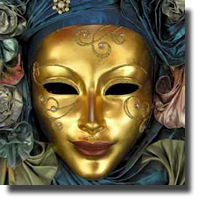 Though the crowd was small for an opening night, the theatre bore an air of joviality as ticket holders took their seats before a well-designed and eye-catching set.

The floor of the stage provided a map of Illyria, orienting the audience to the play’s location, while the bulk of the space was filled by a balcony structure adjacent to the inner court of a well to-do home.

To complete the scene a ‘pyrat’ skeleton sat perched in his eternal slump for all to see. The production was one I had not seen before, yet greatly looked forward to if only to expand my Shakespearian repertoire.

The play was written and named after a time in history when the twelfth night following Christmas marked the end of Christmastide, and prompted the masses to engage in a day of sanctioned revelry.

Within this context, the play itself presents its audience with a topsy-turvy and rousing plot to follow. Gender-bending roles and scenes of intoxication and foolery combined with interesting snippets of meta-theatricality and cast-led songs create an animated atmosphere throughout the show.

Kayla Bigras portrays the complex protagonist, Viola (a.k.a. Cesario), in this production. In a characteristically Shakespearian love triangle, this role takes Bigras on a roller coaster between genders and would-be lovers as she finds her way from shipwrecked sands to the court of Duke Orsino of Illyria. The gentleman, played by Camden Filtness, is a self-indulgent yet well-meaning fellow, who believes himself in love with a mourning beauty, Olivia (Lily Zarif).

As the story unfolds between these main players, we come to meet the rest of the cast, including the ridiculous Sir Andrew (Davin Reid), bawdy Sir Toby (Adam Kozlick), conniving Maria (Synthia Yusuf), and jesting fool, Feste (Paige Fraser).

Each character, and their associated actor, brought to the stage their own bit of personality, adding tremendously to the enjoyment of the play. To this end, a main attribute of the performance was the cast itself. They enunciated well (an important feature in a Shakespearian play!), embodied their characters believably, and provided comic relief by way of facial expressions and well played reactions.

Each scene provided a feast for the eyes, as the actors, whether they were at the center of attention, moving props, or standing in the background, were always attentive to their roles and presence on stage.

One highly amusing sub-plot of the evening involved the antics of the servant-girl portrayed by Sophie Leroux. She spoke but once throughout the evening, yet her dour demeanor and disapproving gestures made her a comedic hit with the audience.

Another role worth attention is that of Feste. This fool, who may well be more wise than her employers, lead a string of songs throughout the show, and twisted her wit in to each scene she took part in. Paige Fraser did a wonderful job with this role, maintaining an upbeat tone and pulling off those tongue-twisting lines with eloquence.

Aside from the set, the costumes were also well put together, being both appropriate to the 17th century time frame and pleasing to the eye. I appreciated the onstage musical performances; however, I had hoped for higher quality offstage sounds.

The show is appropriate for most ages, though the intricate and nuanced language may be lost on younger audiences. Additionally, there is a light spattering of sexual innuendos and depictions of violence, though the latter is in the form of an utterly comedic sword battle to end all sword battles where no one really gets hurt (at least not physically).

As there is not room to mention each cast member’s name, suffice it to say that this is a well-put together ensemble whose energy and clear dedication to the production made for an enjoyable evening.