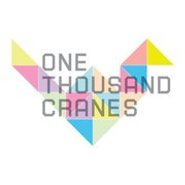 Almost a year after the nuclear disaster at the Fukushima Nuclear Power Plant complex that resulted in level 7 meltdowns at three reactors following the Tohoku earthquake and tsunami in March 2011, the Japanese theatre company Bunkaza brings to Vancouver One Thousand Cranes.

Colin Thomas’ award-winning play entwines the stories of two twelve-year-olds separated by culture, time and distance. One is fictional – the other is a true account of Sadako Sasaki.

Sadako who died on October 25, 1955, was a Japanese girl who was two years old when the United States dropped an atomic bomb near her home in Hiroshima. She is remembered through the story of attempting to fold a thousand origami cranes inspired by Japanese folklore. By her eventual death from leukemia which many believe to be a direct result of exposure to radiation from the atomic fallout, she had folded around 700.

7500 kilometres away and half a century later, Buddy, a Canadian boy who has learned of the bombing on cities of Hiroshima and Nagasaki has become paranoid over what he believes is the certainty of nuclear war. As his phobia worsens he isolates himself from his mother and his two friends Lee and Gregg, confining himself to the basement, which he calls his “bomb shelter.”

The production mounted by the Bunkaza Theatre Company has been adapted by Ren Hisa and translated (into Japanese) by Toyoshi Yoshihara. Production values here are quite basic. Ichiro Abe’s set is essentially black box incorporating simple movable furniture. With both stories told simultaneously and occasionally even merging, much reliance is placed on Junichiro Washizaki’s creative lighting to help clearly define the narrative.

Performances by the mostly youthful cast were accomplished and in some cases, excellent. Mio Takahashi as Sadako and Naoko Nagatsuka as her hospital room-mate Yoshiko turned in intelligent and sensitive readings. Yukiko Kobayashi, Aoi Mizuhara and Mika Himeji who played the three Canadian boys are Japanese girls.

Probably due to the difficulty of accurately translating Japanese to English, the side screen English titles only offered broad translations and were frequently mis-timed with the action on stage. What was more useful, was Nan Gregory’s pre-performance narrations.

One Thousand Cranes is not just another anti-war or a powerless victim story, but a message of hope. We must remember the past, so that we don’t repeat it.