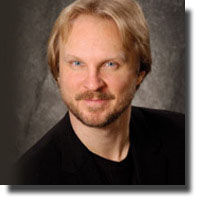 This weekend the Vancouver Symphony Orchestra presented three consecutive evenings of “good old British” musical fare. For the Centennial Theatre concert, Maestro Bramwell Tovey, himself a British expat, was in top form, both with the baton and with his trademark waggish humour.

What could be more British than starting with William Walton’s Crown Imperial March? Critics have judged it (perhaps harshly) to be a patchwork of Edward William Elgar’s Pomp and Circumstance Military Marches. However, it is so gloriously bombastic that it has become one of the most popular orchestral compositions to be synonymous with Royal ceremony. Royal watchers might recall it was performed as a recessional piece for the wedding of Prince William and Catherine Middleton just about exactly a year ago.

After the briefest of breaks (allowing stage-hands to bring on the grand piano) Tovey welcomed Peter Longworth to the stage to perform John Ireland's Piano Concerto. As played by pianist Longworth and conductor Bramwell Tovey leading the VSO, the piece exhibits Ireland's romantic impressionism. Essentially a love poem, it was originally dedicated to its first public performer Helen Perkin, to whom he was apparently smitten by. In the first movement, violins provide lushness to Longworth’s vehement expression that has inflections of jazz.

For the top of the programme performance of Trial by Jury, the front section of the stage was transformed into a rudimental courtroom. Male members of the UBC Opera Ensemble decked out in tuxedos as the jury and officers of the court wearing chancery wigs. The audience was about to enter the quaint and deliciously satirical world of Gilbert and Sullivan.

However, it was Richard Suart in the role of the learned judge who delivered the breathless patter songs while simultaneously giving British institutions a gentle ribbing.

Maestro Tovey demonstrated a knowledge and genuine fondness for the Gilbert and Sullivan brand of operetta - and well he might; he conducted the first season of the revived D'Oyly Carte Opera Company back in 1988. The D'Oyly Carte Opera Company has traditionally staged Gilbert and Sullivan operas for a century and a quarter and is still in existence.

It would appear that Gilbert & Sullivan is currently enjoying a mini-revival here in Vancouver. This month both the Fraser Valley Gilbert & Sullivan Society and the North Shore Light Opera Society are performing separate versions of The Mikado and in the Fall Vancouver Opera will present a full blown production of The Pirates of Penzance.