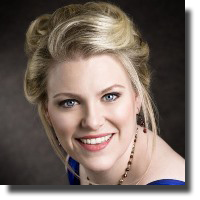 The Vancouver Symphony Orchestra brought down the curtain on another successful season with an “opera-in-concert” performance of Bramwell Tovey and John Murrell’s The Inventor. Period specific costumes are replaced by Tuxedos and evening gowns; lavish sets are substituted by multimedia. As of this point in time, there has only been one staged production, that, with the Calgary Opera Company in February, 2011.

The Inventor is based on the lamentable life of Alexander “Sandy” Keith Jr., the nephew of brewmaster Alexander Keith, whose India pale ale some us like to knock back on a Friday night. It’s a complex story that involves deception, passion, and in the end violence.

By all accounts, the younger Sandy Keith was a contradiction in terms. Regarded as the “black sheep” of the family, he chose crime over beer. A philandering con artist, he was despised by some, yet adored by others, including two wives whom he loved simultaneously.

From Murrell’s libretto, we see that Sandy Jr. is simply a perenial optimist who doesn’t care too much about legal details when it comes to achieving his goals. His life span (1827-1875) over-lapped the American Civil War during which he becomes a spy for the Confederacy that in turn affords him the opportunity to execute some of his most audacious swindles. Among his victims is Luther Smoot, a quartermaster-general from Virginia, who entrusts Keith with $25,000 and never sees the money again. Smoot then stalks Sandy half way across the North American continent, ultimately forcing him and his wife to move to Germany under an assumed identity.

Tovey’s elaborately structured score carries the narrative through recitative passages rather than with traditional arias. There's almost a cinematic affectation to much of Tovey's score, which comprises of recurring motifs and wholesome harmonies. Though, the only memorable melody is contained in the delightful children’s song My Ship is Sturdy…. which starts the second act and is reprised at various points in the opera.

Judging a new opera can be a tough call. Indeed, some operas have taken decades (even centuries) to find their way into the public psyche. The Inventor however, could become a firm Canadian favourite after only a few more well-staged performances. Nonetheless, I did feel that at three hours run time it would hardly suffer by being twenty minutes shorter. It could just as easily finish at Sandy Keith’s death and really didn’t need the “happy ending” of the speculative reconciliation of the protagonist’s two families.