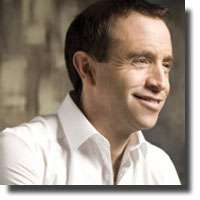 The Vancouver Symphony Orchestra gave a spectacular performance on 8th December under the baton of guest conductor, Mark Wigglesworth. As part of the Concert Programme, there will be another performance on Monday, 10th December at the Orpheum Theatre.

The program began with Schubert’s Symphony No. 8 in B minor, D759, Unfinished. The first selection featured Allegro moderato which was followed by Andante con moto. After the intermission, the program continued with four selections from Bruckner’s Symphony No. 7 in E Major. These were Allegro moderato, Adagio: Sehr feierlich und langsam, Scherzo:Sehr schnell; Trio Etwas langsamer and the Finale: Bewegt doch nicht zu schnell.

The program had the effect of transporting the audience, each to their own individual space, such that one would have heard a pin drop at the end of each selection. It was very difficult to withhold our appreciative response until each selection had been concluded.

It has been stated that Vancouver ranks 5th in the world for cultural richness. The enjoyment of this aspect of our City was in evidence on Saturday night. The very nearly full house was an eclectic mix of people who had all come together to enjoy the music of Franz Schubert and Anton Bruckner. They were a very appreciative and well mannered audience. It warmed the heart to share in the collective spirit that filled the Orpheum with the sheer enjoyment of the music.

Mark Wigglesworth is a world renowned conductor. His baton has guided orchestras in London, Berlin, Amsterdam, Wales, Israel, Melbourne, Dallas, Chicago and Montreal. Under his guidance, the VSO soared. The Schubert selections were sheer poetry. The music filled the Orpheum with a story that carried the audience through the first part of the evening. With the opening piece of Bruckner’s Symphony No. 7 in E Major, the audience was transported. We were mesmerized by the undercurrents of music that floated below the surface of the dominant sounds. The ebb and flow, the tug and pull of Bruckner’s music was so engaging the audience was reluctant to let the evening end. Mark Wigglesworth and the VSO were very heartily rewarded for their superb collaboration.

The oneness of sound that the VSO achieved was thrilling. They carried us along the lines of the music, bringing us to quiet softness and then swelling to grand, booming sound which left us wanting to hear the programme again. We are, indeed, fortunate to be able to enrich our spirits with concerts such as the one the VSO performed for us on Saturday night. Everyone left the Orpheum feeling uplifted by the experience.