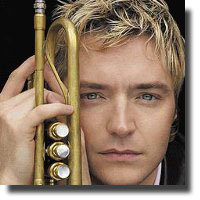 International trumpet sensation Chris Botti brought his four-member band to the VSO in a concert that truly reached the pinnacle of melodious beauty. This was not simply a concert but an event that left the audience enchanted and quick to render five standing ovations.

In the world of jazz music, Botti is somewhat of an unlikely hero. Born in Oregon and busking in his student days to earn money, he seemed inspired from an early age since obtaining a copy of a Miles Davis album from a supportive music teacher in high school.

The hand of fate is sometimes delicate and who knows what trajectory Botti may have taken without that timely artistic intervention. The VSO concert to a sold out audience was jazz at his best.

The talent on stage was truly outstanding and left appreciative audience members feeling that there were several music mega-stars blended into one extraordinary concert. Botti of course is no stranger to international audiences. He toured in 250 cities last year and has recorded with a virtual who’s who of the music world.

Charming and quick witted, Botti described performing at the White House in 2011 before the President and three former presidents. He has recorded or performed with the likes of Andrea Bocelli, Joni Mitchell, Sting, Frank Sinatra, Michael Buble and is a Grammy award winner and had gold and platinum album sales.

The band includes, Billy Childs, the great piano jazz legend, a holder of five Grammy awards, Billy Kilson, drums; Mark Whitfield on guitar; and Robert Hurst on bass guitar. Each of these superb musicians is highly accomplished and awarded in the music industry.

The duet with Botti and vocalist Lisa Fisher was sublime. Fisher opened her song without any musical accompaniment for a full 60 seconds and held the audience spellbound, such is the quality of her pristine voice. Combined with the rich, emotional and stirring trumpet music that Botti masters, the result was a musical masterpiece.

Highlights included Heyman/Young: When I Fall In Love; Noble, The Very Thought Of You, Chopin's Prelude in C minor, Bacharach's The Look of Love and Hart's: My Funny Valentine.

The evening also featured the stirring and intense violin mastery of Caroline Campbell.

Botti is an artist who performs with generosity. He clearly cares about his audience and exudes enthusiasm and zest despite a rigorous touring schedule. He expressed happiness when he learned there were many young musicians in attendance. He saluted their dedication and their parents for the encouragement, which is essential to young talent.

The audience was delighted when halfway through the concert Botti invited four young musicians sitting at the back to come to the front of the theatre. One of the young men was even invited to join the band and give a rousing drum contribution to the final section of one of the pieces.

Botti seemed energized with the crowd at the Orpheum and generously provided three encores. It was a vivid evening of beautiful, enchanting and lively music that gave the audience musical memories to savor for a lifetime.