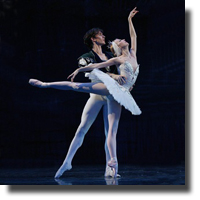 The VSO performance of Tchaikovsky great ballet works Sleeping Beauty and Swan Lake was stimulating, enchanting and elegant. In the introductory remarks, distinguished conductor Bramwell Tovey noted that the Orpheum is a unique acoustic treasure for symphonic music and thus well suited for the soaring works of Tchaikovsky.

Tovey has a strong command of the stage and a delicate way of bringing forth great classical music. His classical pedigree is stellar. Tovey is a Grammy award-winning conductor who has conducted around the world. In 2008, he composed the well-received Urban Runway, which has been commissioned by several North American orchestras. He is also the recipient of several honorary degrees and a Fellowship from the Royal Academy of Music in London.

The second piece in the illustrious evening featured Swan Lake, OP. 20. It was a collection selected by Tovey of emotionally moving symphonic ballet music. The full house at the ornate Orpheum Theatre barely stirred during the entire evening, such was the enjoyment of the delightful repertoire.

As always the VSO performed admirably. One has to pay tribute to the musical artists of the orchestra whose names do not receive their due attention. Without their incredible talent and dedication to classical music, these performances would simply not inspire.

Though the Vancouver rains fell on a stark night, inside the Orpheum was a wonderful world of music thanks to the celebrated talent of Bramwell Tovey and the Vancouver Symphony Orchestra.