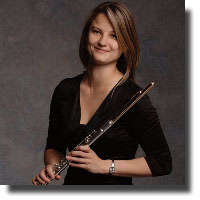 To hear the Vancouver Philharmonic Orchestra is a journey into exquisite classical music.

First of all let’s start with the definition of Philharmonic. Philharmonic is a large symphony orchestra dedicated to classical music and in appreciation of classical music. I was asked this question while attending a concert by the VPO at the Shaugnessy Heights United Church at Granville St. and W 33rd Ave. With that knowledge behind us we listened to this great classical performance.

It was thrilling to be seated 2 pews from this sophisticated and grand orchestra. I have never sat this close before and the Shaugnessy Heights United Church is one of the few places where you can expect such an honour. During other performances at other venues there have been such great distances between orchestra and audience. During intermission we were able to talk to a few of the musicians and take a peek at the rare harpsichord. This close and personal experience was way beyond the larger venues. To see the hands of the conductor Jin Zhang and Assistant Conductor Nicholoas Urquart at such close proximity was a visual symphony.

I was surprised at the rich quality in the acoustics of this fine old church. It was a classical ride from the softness of Schubert to the Power of Beethoven. The evening consisted of Schubert's Rosamunde Overture, Vivaldi's Concerto for two flutes in C major, Mozart's Flute Concerto No. 2 in D Major,and of course the uplifting piece by Beethoven, his Symphony No. 7 in A major, Op.92.

I was impressed by assistant conductor, Nicholas Urquhart’s verbal introduction on the life of Beethoven. Symphony No. 7 in A major, Op.92. was work that was done in the later part of Beethoven’s life. It was positive, dynamic, and this symphony was accomplished by the best of the best musicians. What moves me is the incredible amount of rehearsing and incredible talent required to produce such intense, long, and difficult pieces.
The two flutists Christie Residue and Rosanne Wieringa played Vivaldi and Mozart with perfection.

Conductor - Jin Zhang, and Assistant Conductor - Nicholas Urquhart led the many musicians to a place of musical excellence.