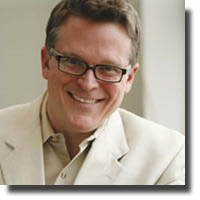 What wonderful performers and what beautiful songs from the golden era of Broadway as VSO's Pops Series kicked off in style last October 4th with the music of Rodgers & Hammerstein. Presented by charismatic conductor John Morris Russell and sung by an exceptional cast of vocalists Lisa Vroman (soprano), Doug LeBrecque (tenor) and William Michals (baritone), and the UBC Opera Ensemble, they performed some of Rodgers & Hammerstein’s best-loved works from The King and I, Showboat, The Sound of Music, South Pacific, Carousel, and Oklahoma.

This was a memorable and nostalgic trip to memory lane. I remember those vinyl records played by my parents in the early 1950s-- Enzio Pinza and Mary Martin in South Pacific-- and then there was the movie with Rossano Brazzi and Mitzi Gaynor inspired from the Broadway musical. There was that wonderful 1956 movie also inspired by the Broadway hit The King and I with Deborah Kerr and Yul Brynner. Carousel was another touching movie with Shirley Jones and Gordon Macrae.

William Michals' resonant baritone voice was fantastic in his rendition of "Ol' Man River", and the audience enjoyed the duet singing of "People Say We're in Love" by Vroman and LeBrecque.

"You'll Never Walk Alone" was the encore number, and the three vocalists and the UBC Opera Ensemble gave their all singing this classic. As always, in VSO performances, there was a standing ovation for this magnificent show.