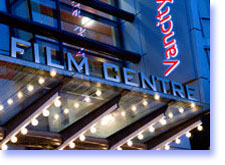 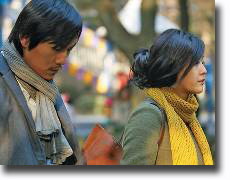 Lou Ye’s complex screenplay is made even more conceptually challenging with scenes shot out of sequence. Zeng Jian’s use of the hand-held video camera recorder gives the film an amateurish look. Yong Zhao leads a complicated double life, sharing his time with his two families. His downfall comes about as a result of Lu Jie and Sang Qi (his wife and his mistress) becoming friends. Set against the backdrop of densely populated city of Wuhan, the film underscores the desideratum of China’s burgeoning middle class. The film never quite uncoils from its brutal opening scene. 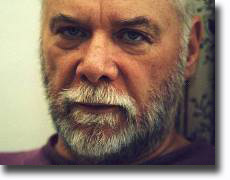 In Search of Blind Joe Death: The Saga of John Fahey

This new documentary by James Cullingham sets its sights on the later life of self-taught American bluesman John Fahey and asks who in the world is Blind Joe Death. It turns out to be none other than Fahey’s alternative blues persona based on some of the black guitar heroes that had fascinated him.

Like many musicians whose style was ahead of his time and having an idiosyncratic personality, he didn’t fit within any commercial range. The sixty-minute film attempts at some insight into this extraordinary outsider through archive footage and recent interviews with The Who’s Pete Townsend, the Decemberists’ Chris Funk, former partner at the Takoma record label Ed Denson and his former wife Jan Lebow Fahey. Cullingham’s film also looks at the subject’s dalliances into some experimental industrial sounds and his moderately successful paintings. 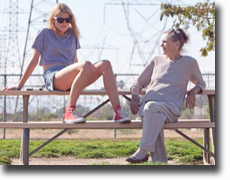 The first twist in Sean Baker’s slow-burner is that Starlet doesn’t refer to the willowy blond protagonist, but is the name of her mischievous Chihuahua pooch. An inspired purchase in a yard sale provides the starting point of an unlikely relationship between an octogenarian and a twety-year-old. When Jane (Dree Hemingway) finds $10,000 rolled up in a Thermos bought at the elderly widow’s yard sale, she toys with the idea of returning the money. But then believes that she can offer Sadie (Besedka Johnson) something more valuable – her friendship.

Baker combines some dark humour with poignant drama. Though, there are parts of this film episodic, in as much as one gets the feeling of going in circles. The film was shot entirely in the urban landscape of the San Fernando Valley. The austerity gives extra colour to the rigour of the character’s lives.

Dree Hemingway (great-granddaughter of Ernest Hemingway) gives an uncannily understated performance as Jane, while Besedka Johnson, whose nimble performance of Sadie is her first starring role at the age of 85. By contrast, Stella Maeve is positively volcanic as Jane’s self obsessed room-mate Melissa 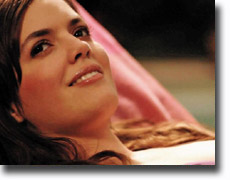 English and French with English subtitles

The two women couldn’t be more different: Jamie is a wholesome, wide-eyed girl from small town Iowa while Cécile is a cynical, world-weary woman disposed to treating anyone she meets with scorn. It’s the latter that we see first as an unnamed woman in an encounter with a stranger on a train. She cleverly draws out information about his parent’s presently uninhabited country home, and then gets off the train with his luggage.

Initially Cécile is disparaging of her rival’s presence in the house, but then finds it more to her temporary advantage to bond with her. When Cécile’s brother, Matthieu (Raphaël Goldman), suddenly turns up at the house, the line between truth and reality becomes blurred as events threaten to overtake everyone involved.

Despite some gorgeous camera work, Wei Ling Chang’s film leaves the audience somewhat dissatisfied. She leaves many loose ends in the story that concludes with a clumsy ending. 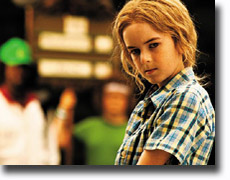 Becoming Redwood is a bittersweet coming-of-age film written and directed by Vancouver film-maker Jesse James Miller. Redwood Forrest Hanson is an eleven-year-old boy who is passionate about golf, idolises Jack Nicklaus and hates to be called ‘Red.’

Miller’s scenario starts in 1969 as his hippie parents are driving to the US-Canada border in a beaten up Volkswagen van. Redwood’s father plans to immigrate to Canada to avoid the draft. When they arrive at the border control, Redwood’s mother Jade has a change of heart and leaves the pair to a new life in Canada without her. At this moment two-year-old Redwood, aware of the commotion, hears a radio newscast of Jack Nicklaus’s Masters victory. We next see Redwood at age eleven, where he has retreated to a fantasy Tournament in Augusta and playing against Nicklaus for the “magical green jacket” that will re-unite his parents. Unfortunately, in real life, you don’t always get want you want, or even what you think you deserve. It takes the extradition of his father, a forced reconciliation with his mother and subsequent relocation to Northern California to live with Jade’s new family for young Redwood to learn this life lesson.