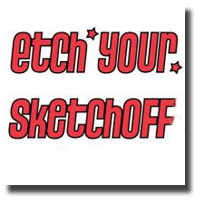 It will be lamentable if this year’s Asian Comedy Night lives up to its title. Billed as “The Last and De-Lirious,” this was the 14th annual event and this year the competing teams were asked to incorporate a minute of singing along with a spoof of a TV show or movie that has an Asian character or actor in it.

Hosted by expert comic Tom Chin, whose humour is hilarious, this event drew a mixed crowd who found it easy to laugh at numerous sight gags provided by the four improvisational teams and significant quantities of off-colour humour thrown in for ‘good’ measure.

Whether it was offensive, scatological or socially challenging, there was more than enough humour to go around.

The four teams included Asians ‘R’ We?, Finguh Lickin Good, SFUU Man Chu, and The Yangzters. This year’s audience favorites were Finguh Lickin Good, who wowed the capacity crowd that had assembled in the Roundhouse with their send up of a Maury show in which “Mauly” puts a fresh spin on investigative yellow journalism in an attempt to ascertain the paternity of a young Asian girl’s baby.

Irreverent and inventive, this group may have been the largest numerically in the competition, but Asians ‘R’ We? Proved that size matters more than you think to Asians. Then again, as Tom Chin, suggested with his introductory exposé on 10 myth-conceptions about Asians, not every hit is a myth.

Gladstone Secondary was a pleasant surprise addition to the show, and the school was nicely represented with several of their students’ special Improv appearance. Audience participation helped them with their gags, which made this a special evening.

Also special was the tribute to outgoing Vancouver Asian Canadian Theatre’s Artistic Director, Joyce Lam who has been with the VACT since the beginning. The community lavished Ms. Lam with gifts and a special tribute. She will be missed. Hopefully this is not really the last of these comedy nights, because its incomparable laughter-inducing sense of humour is enjoyable and self-effacingly refreshing.