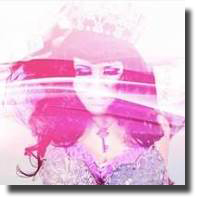 On Saturday evening I braved the elements to make my way to the Rio theatre for an evening of strip-hop and burlesque. The occasion was the “Queen of Sass” album pre-release party for Burlesque performer/emcee and rapper Crystal Precious. This unlikely marriage of talents, in combination with Precious being a founder of the Sweet Soul Burlesque troupe, presented attendees with a unique party plan. Each track was not only performed live, but also accompanied by one or more of the top burlesque performers of Vancouver and beyond. With a combination of predominantly neo-burlesque choreography set to original downtempo hip hop tracks, the evening promised to be a novel experience.

The event opened with an introduction to the seven ladies of Sweet Soul Burlesque, beginning of course with the original three, Cherry OnTop, Cara Milk, and Crystal Precious herself. This crowd-pleasing number, set to “Rock It So Hard,“ defined the brassy upbeat tone of the evening. The second number featured a special guest, the so-called Marilyn Monroe of East Van, Villainy Loveless. As Precious aptly put it, this woman had “fierce levels of about a million,” exuding confidence with every movement. Cara Milk then switched gears with a number that, while set to a song called “Funkhip”, was more reminiscent of the classic burlesque style. Precious next introduced their newest member of the troupe, Melody Mangler, who performed a sultry, captivating number featuring the sparkly seduction of a lone chaise. To round off the first act, hip-hop troupe Subscura took to the stage in their debut performance, dancing to one of my choice tracks of the evening, “Cellar Door.”

Following intermission, which featured the diverting destruction of an auctioned off pie, the audience was treated to a performance by Jo “Boobs” Weldon. This woman, in from New York, is considered an authority on burlesque, and at the age of 51 can still get an audience screaming. Jo was followed by a very pregnant Cherry OnTop, performing her second to last dance before turning in her dancing shoes for some pre-labour rest. This performance triggered perhaps one of my favourite moments of the evening, when the audience threw a slew of soothers on to the stage in appreciation of Cherry’s dance. The final solo performers of the second act included Lola Frost, Tristan Risk, and Rita Star. A highlight for me was watching the talented Lola Frost perform with fierce abandon to a powerful track, “Throwin’ That Shade.”

The last routine of the evening was to Precious’ single, “No Pie for You” performed by the entire Sweet Soul Burlesque troupe. True to the song’s music video, the ladies were outfitted in mittens and aprons, yielding spoons and rolling pins as props. This was a clear crowd favourite, filled with just enough hilarity and sass to leave the audience reeling.

Beneath the provocative glitz and glam of the evening there was a reoccurring theme of respect, support, and the importance of following your dreams. Precious regaled her audience with stories of how the burlesque world welcomed her with open arms when the music industry had passed her over. In this new world she was provided the encouragement and space to perform her art and see her dream career flourish. In addition to having an enigmatic stage presence, Precious is a talented singer/rapper; her sound is both edgy and soulful, lending her appeal with a diverse audience.

The evening was made complete by the screening of the comically ridiculous outtake reel of the “No Pie for You” video, followed by the petering out of an audience reluctant to leave. While certainly not a family affair, this pre-release party provided a wildly entertaining evening full of laughter and light-hearted fun for those both in the audience and on stage.