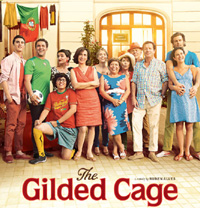 Ruben Alves’ enormously charming semi-biographical Parisian comedy is the story of a loving hardworking married couple whose long-held dream of returning to their homeland Portugal finally comes true. This film will be shown at The Cinematheque for the upcoming European Film Festival. from November 21 to December 4. This just shows how family is important in Portugal, and I like the last scene, almost like the Godfather movies where family and friends gather together for a big fiesta. I also like the scene in the Portuguese restaurant as the Fado is sung--almost put me in tears because of the sad undertones that go with this popular folk music of Portugal. This is a must-see film. French and Portuguese with English Subtitles. 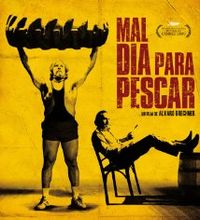 This Uruguayan film has nothing to do with fishing, although the metaphor is there in that a con-man tries to bait a town into getting his wrestler, a once upon champion, to fight the "matador". If the challenger can stay in the ring for 3 minutes, he gets $1,000. This mix between a buddy story (the wrestler Van Oppen and his manager Prince Orsini) and a con-thriller, is quite captivating.  There's a twist at the end which, as a reviewer, I should not divulge. But it's positive, and there's a somewhat happy/sad ending to it. Director Álvaro Brechner’s style is innovative, and that's what makes this film stand out. Spanish with English Subtitles. 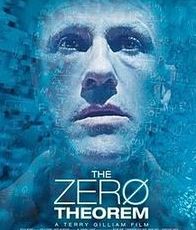 Visionary Director and Screenwriter Terry Gilliam comes up with The Zero Theorem (2013), the third of his Orwellian sci-fi films, the first two being Brazil (1985) and 12 Monkeys (1995). Written by Pat Rushin, and starring Christoph Waltz, Lucas Hedges, Mélanie Thierry, and David Thewlis, the plot centres on Qohen Leth (Waltz), a reclusive computer genius working on a formula to determine whether life holds any meaning.

I found the film, as were all the films written and/or directed by Gilliam, also known for being a co-creator of the Monty Python series, holding my interest from beginning to end. The concept of Orwell's 1984 where Big Brother watches you through cameras is reflected here where BB in this film is Management (Matt Damon). Naturally, to make the film interesting, our hero rebels against Management and dives into his nightmarish black hole only to resurrect in a virtual paradise, an offshoot perhaps of the Matrix movies..

Gilliam and Rushin reflect a dystopian vision of the future. In fact, we see it today where our relationship with technology has superseded inter-personal relationships.When Qohen goes to a party, everyone is wearing headphones that are attached to iPhones and iPads. Even lovemaking will perhaps be a virtual phenomenon in the near future. In one scene, Qohen who refers to himself as "we" and not "I" indulges in non-penetrative sex by donning a suit that connects him to a woman via fibre optics and memory chips.

For film buffs who enjoy sci-fi, this film, although satirical, gives us a look at what the future will bring. It poses the question: Will technology damage humanity?