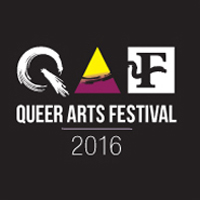 The Frank Theatre Company’s production of The Pink Line was an important contribution to this year’s festival, given the recent issues that the LGBT community has endured.

The birth of this performance was the outcome of a two-day weekend retreat held with queer young adults in the Vancouver region, where the topic was battling racism within this demographic. A three- month endeavour spawned a vibrant performance consisting of storytelling, song, comedy and interpretive monologues.

The focus was to provoke thought amongst the attendees with respect to racism within the LGBT community. It didn’t speak to just racism against the majority, but also about what is encountered within their own ethnic communities. It used comedy to show the struggles that queers of color encounter on a regular basis with respect to keeping true to their own ethnic identity as part of the cultural mosaic Canada offers, while assimilating into the pressure of fitting the mould of being a Canadian.

One demonstrated example was a young Asian lesbian who was kicked off the city bus when the bus driver felt that she was speaking in Chinese too loudly to her grandmother on her cell phone. Once off the bus, her girlfriend who was accompanying her on the bus also agreed with the bus driver that it was inappropriate. This sparked the discussion as to whether it was really a matter of tonality or the specific language that was spoken.

It also spoke of the internal struggle and insecurity her own girlfriend felt with respect to assimilating into Canadian culture by insisting on English being spoken when together in public, versus defending her own Chinese identity, regardless of the bus driver’s prejudice.

This performance spoke of themes of racism, assimilation, cultural identity preservation and mostly, acceptance. As a gay man of a visible minority, I had a vested interest in seeing this performance and was pleased at how they addressed the touchy subject of racism in an open yet positive way. The core theme of acceptance rang through all the aspects of the performance and focused on solutions versus solely the problem.

The audience as they watched with laughter, tears and most importantly, acceptance, was a beautiful rainbow of multiculturalism, The Frank Theatre company, coupled with its engaging performers, did an excellent job at reminding all of us, regardless of our gender, sexual orientation or creed, that love is colorblind.