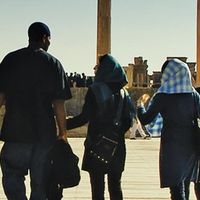 A very special documentary about a wise cracking, warm-hearted American basketball player that plays for a underdog team in Iran.  The film begins when Kevin finds out that he has the opportunity to play in Iran, and follows his one year journey.  What I really loved about this film, was watching two different story lines unfold: Kevin’s internal change paralleled with the changes that were going on in Iran.  Equally as wonderful was the main character Kevin who provided humour and a contagious kind of curiosity about his new friends and customs in Iran.   A very heart warming film, filled with humour and some insight into life in Iran for the female friends he made there. 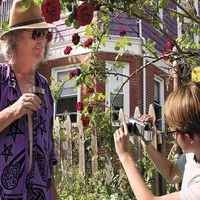 A sweet film with families you would like to live next door to.  This film is about a colorful cast of characters living in a multi-unit house.  The families that live next door to each other have a feud, so the middle aged hippie invites the son to help him make some promotional videos.  The story line is not that unique, nor is there much in the way of drama or acting.  All of the cast, except for one, has never acted before.  And I think this is where the charm of the film lies, that you sort of feel like you are being invited into someone’s personal story, and it is a pleasure to watch it unfold.  The acting will not blow you away, but they do a good job portraying what it takes to raise a socially anxious child in an urban environment – an artful community. 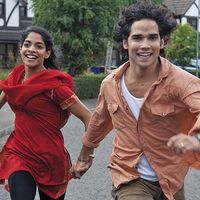 All in Good Time

A laugh-out loud comedy that beautifully and sensitively portrays the multiple layers that hinder a healthy sex life.  One of my favorite movies of the festival. A newly married Indian couple has difficulties consummating their marriage, and part of the problem is that they are sharing a house with the groom’s over-protective father. He likes his whiskey as much as he likes to meddle.  The movie does a superb job with blending warm and sweet moments, with unbelievable funny situations.   I was also struck by how wonderful it was to sit back and watch the film, as many of the sets were elaborate and colourful. 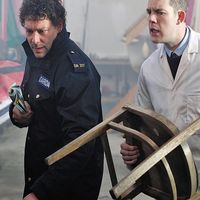 A fun, zany movie that perfectly blends black humour with slapstick and alien invasion.  I enjoyed the hell out of this movie (and usually I can't stand thrillers or anything that has the potential to give me nightmares).  But this movie is more about the ridiculousness of the situation than the horror of being attacked by a 100 foot squid.  Set in a picturesque fishing village off the coast of Ireland, the film is about a tiny village that is being attached by an alien squid.  When it is discovered that these vicious sea creatures cannot handle alcohol, the whole town gets drunk as a means for survival. The movie parodies Gremlins, Aliens and Predator – but with boozy comedy.  A fun way to spend  94 minutes. 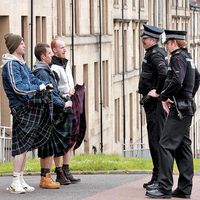 A disappointment.  There was a lot of hype surrounding this movie.  I was quite looking forward to seeing one of Ken Loach’s quirky comedies.  But what I found instead was a film with men beating the crap out of each other and a whole lot of incoherent dialogue.  I saw this film with two friends, one who also couldn’t understand most of what was being said either, because of the very thick Scottish accents.  The second had less problems understanding what was being spoken because his drinking buddies are Scottish.  I would have benefited greatly from subtitles.  The movie felt like two separate films, with the first half giving context to poverty and violence that Robbie lives with; while the second half was considerably more comedic and fun, when the story-line of breaking into a distillery finally begins. 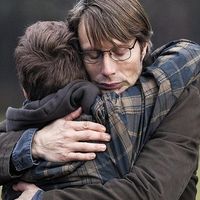 This is a movie I will remember a year from now.  A suspenseful, unique storyline, with outstanding performances.  Mads Mikkelsen does a remarkable job portraying Lucas, a popular kindergarden teacher who has been accused of molesting a child.  He shows great control in conveying the layers of emotions his character goes through.  Equally moving, is the performance from Annika Wedderkopp, who portrays 5 year old Klara.  I was most impressed with the script, as it does a believable job in revealing how false accusations of child abuse could happen.  The director builds a subtle tension from the opening scene, where we don’t know from one moment to the next, how the story will unfold for Lucas.  A very unique and special film. 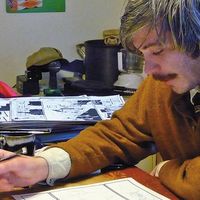 You don’t have to enjoy cartoons or graphic novels to enjoy this film, but it probably helps.  This is a relatively low budget documentary about a group of self-described outcasts who attend Cartoon College for two years, seeking a masters degree in fine arts.  There is a nice narrative arch, as we watch the students struggle with the typical challenges of any intense education program: homework, deadlines, self-doubt.  Not the most riveting topic, but I did enjoy this film because the director does a great job in showing us just enough detail about each student, that I came to care for them and their struggles.  I could identify with the idea of following your dreams when there is little economic opportunities awaiting after graduation.  There was also a considerable amount of quirkiness in the students, and in the world of cartooning that kept me smiling all the way through the movie. 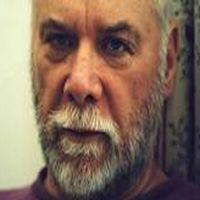 In Search of Blind Joe Death: The Saga of John Fahey

A documentary about American folk music legend John Fahey – known for his influence on modern day musicians, his unique approach to playing the guitar, his drinking, and his odd behaviour.  I have never heard of John Fahey before this movie.  If I had, I probably would have enjoyed this movie considerably more.  The most enjoyable parts of this documentary were watching John play the guitar in his earlier days, as he truly was a unique musician and man.  However, the interviews about Fahey never really went anywhere.  There was no narrative arc, and the whole film felt predictable.  There were a few colourful interviews and stories about Fahey, that gave us some fun moments, but most of the others fell flat for me. 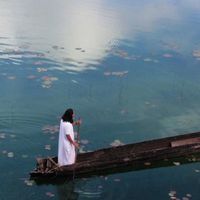 Heart of Sky, Heart of Earth

This incredibly moving documentary is a feast for the senses and the heart.  Filled with seldom seen footage of Maya rituals and vibrant images of colourful villages in the Guatemala highlands and the Chiapas region of Mexico, it is visual treat for our eyes.  Equally as stirring is the slow-paced, poetic narration of the creation myth interspersed with powerful accounts of the struggles of the indigenous people; as North American mining companies tear into their sacred land.  The filmmakers have built a strong trust and rapport with the subjects of the film, creating stories that naturally unfold, in a manner that feels very intimate and natural.  This documentary does more than bring to the surface the struggles and hardship of a group of people--it inspires us to consider other cultures and countries in our everyday actions. 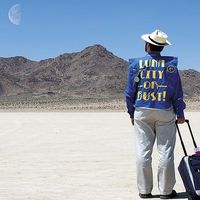 This is a fun film that uses humor and creative editing to reveal the passion and zeal for the moon that a group of loveable and unusual men have .  Well, unusual by main stream standards.  At first, I had to ask those sitting near me if this was truly a documentary, as the dialogue and amusing one-liners that came out of the mouths of the subjects seemed too perfect not to be scripted.  But this is just the director’s remarkable ability to capture both the passion and the creativity that his subjects have for that iconic white orb in the sky.  What seems absurd at first to the audience slowly evolves into a subject matter that has much meaning and metaphor, both for the subjects in the documentary and for the audience.  In the words of one of the subjects, “It’s about going beyond where we currently are”.  This was a real delight to watch. 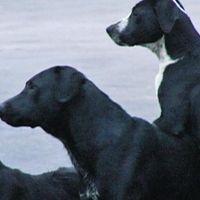 This heart warming documentary, by animal behaviorist and director Bill Marin, is a beautiful and powerful urban animal-adventure story.  Marin follows a pack of lovable stray dogs, abandoned by their owners, to fend for themselves in the mean streets of South Central LA.  Marin gives us a detailed moving picture of the daily struggles, obstacles and life-threatening dangers stray dogs face.  This is so much more than an animal story.  This is a film about the literal and metaphorical underdog who meets the challenges of the street (or in this case traffic and unrelenting sun) and fights for survival.  I was mesmerized by the footage of South Central LA, and by the director’s ability to make me care about the struggles of these street dogs immediately by bringing us up close to their stories, community and joys.  This is a very watchable film with insightful narration. 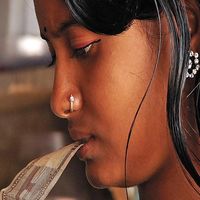 This documentary gives us a peek into the unique struggles of women sex workers, living on a tiny, isolated island brothel named Banishanta , off the coast of South Bangladesh.   Unfortunately, the film maker did not stay with any of the women long enough for me to feel sufficiently involved with their stories, or to feel like there was a strong enough story arch to carry me through the film.   The positive attributes of this film for me, was seeing many of the women speaking out for themselves and demanding that Bangladesh’s laws include them.  The cinematography, at times, was beautifully done, but many of the artistic scenes depicting hardship and spiritual uncertainty, felt forced and unnecessarily artsy.  Many people around me seemed very engaged with the film and told me after that they enjoyed this film because of how accurately it depicted the struggles these women faced. 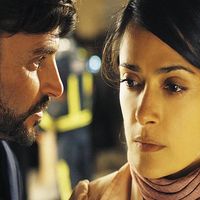 As Luck Would Have It

Wow! I rarely give a film 5/5 but this one is outstanding. The storyline is unique. It has fresh comedy and straight to the heart drama. Roberto played by José Mota, who is already having a bad day accidently gets lost in a museum still under construction where he falls and unfortunately becomes impaled on an iron rod. The whole story takes place at the site of his horrific accident. Salma Hayek is exquisite in her portrayal of Roberto’s dedicated and loving wife, Luisa. Blanca Portillo (Mercedes) does a convincing job as a news reporter who becomes truly impassioned by Roberto’s plight to look after his family as he lay dying. This film moves your soul with family love, loyalty and integrity. The whole cast was exceptional. Bravo! Bravo!