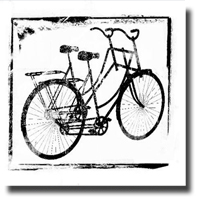 Sociable Films is a local boutique film production company founded by Nicholas Carella, Ali Liebert, and Michelle Ouellet, which aims to “make movies sociably”. This artist-driven philosophy seeks to unite the collective talent and resources of a community of artists in an effort to realize the dreams of many in a fiscally responsible way. While the idea is not altogether new, those attending the launch last Saturday evening seemed to agree that this was the way of the future of the film industry, and were eager to support the company in their goals.

The launch was a fun and friendly affair set in the intimate environment of the Seagull Bread & Coffee Bar. On entering the event, I was welcomed by a row of smiling faces, including promoter Shanti Morning Star Brett and Nicholas Carella, before being directed to both a large table brimming with appetizing finger food as well as a stocked bar serving wine, beer, and SIP soda.

As was promised in the launch invite, the room was full of talented and beautiful people, including Charlotte Hegele, Jodi Balfour and Antonio Cupo of Bomb Girls, as well as actors Olivia Cheng and Louis Ferreira, to name a few. Though saxophonist John Spiby provided background music for a good portion of the evening, we were also treated to the vocal styling of Rachel Noemi, singing Funny Bone, and Hegel’s rendition of Home (originally by Edward Sharpe & The Magnetic Zeros). The former, with lyrics by Devon Code and melody by Noemi, was written for one of Sociable Films upcoming shorts, Alice and Roy.

After a good hour or so of amiable mingling, the founders pulled their friends and supporters together for a few speeches, thanking their sponsors and reminding us of the importance of projects such as this, which aims to make dreams a reality. Following this we were invited to watch a teaser for their upcoming short, currently in post-production, This Feels Nice. The evening was rounded off with the cutting of the cake, which was creatively styled in to the shape of a film reel by Jenn MacLean-Angus, who had also supplied a range of delectable gluten free cupcakes.

Before departing, I had the chance to speak to Carella, Liebert, and Ouellet briefly. I learned that the objective of this launch was to create a welcoming and comfortable environment for those in attendance, as a way to give back to their community. Liebert was pleased with the turnout and just seemed happy to be there among friends. She spoke of their upcoming feature, Afterparty, which was a truly collaborative effort in keeping with the spirit of this company. The film, which is currently in pre-production, follows the character of Charlie as he struggles with the uncertainty of his future against the backdrop of his brother’s wedding night.

I found the evening to be very enjoyable, allowing for a sneak peak in to the world of Vancouver’s film industry. The atmosphere was friendly and well thought out for an event of its size, and at least from where I stood, seemed like a successful endeavor.