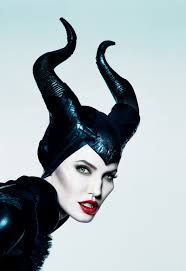 The spirit of revisionism might seem to open exciting new vistas of meaning in the movie Maleficent. Narrated from the perspective of the titular character, this stunning twist of a story re-envisions the villainy of our malicious antagonist, leaving the viewer to wonder just who is the real sleeping beauty.

If Walt Disney Pictures maintains most of the key characters of the 1959 story in this modern film, it is nonetheless a grittier, more realistic, and more robust treatment for those characters and for the fantasy world known as the moors.  Special effects include stunning flying sequences, graphic but not at all brutal battle scenes, dazzling animal-to-human transformations, and the interactions of various magical creatures.

Angelina Jolie has a strikingly regal bearing throughout and her character’s back story may, as has been suggested, appear to bear the dint of revisionism, but it has so clear a ring of authenticity to it that one cannot help but feel sympathy for this iconic and classic villain. If Angelina Jolie successfully portrays her character as an anti-hero, it is in no small part because of her interaction with Aurora, the young daughter of her nemesis King Stefan.  Elle Fanning’s winsome representation of young Aurora evinces both a buoyant innocence and a youthful ebullience.

Here, as in the original 1959 version of Sleeping Beauty, the scenes involving the three fairies in charge of looking after the young Aurora are somewhat tedious; however to its credit, the movie Maleficent truncates this segment considerably.  Much more intriguing is the initial development and ongoing interaction of the relationship between Maleficent and her primary henchman—her faithful crow (Diaval)—played with just the right amount of impudence and impertinent brashness by Sam Riley.  Again, the back story about how the crow became her loyal and trusted servant is revealing.

However, aside from the amusing realism afforded when Prince Phillip expresses reticence after he is called upon to awaken Sleeping Beauty from Maleficent’s curse with a kiss, the ending is far too pat, predictable, and implausible.   As delicious as the irony of that ultimate kiss might be, the final scenes are more a product of wishful fancy, the idle stuff of a wing and a prayer, than anything of substance, and so if revisionism says anything it affirms that if there is such a thing as true love, then it’s foundation is as secure as the magical world of Disney: still founded on a fairy’s wing.

When one contemplates this version of Sleeping Beauty, a line from George Harrison’s “While My Guitar Gently Weeps” comes to mind: “I look at you all, see the love there that’s sleeping.”  What Maleficent does well is show that love can take many forms, no matter what form it takes it is beautiful.  And that brings us back to our original question:  “Who is the real sleeping beauty?”  And what awakened her?