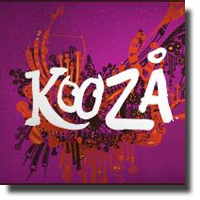 Canadians generally fall into two Cirque du Soleil camps: those that never cared much about the old carny type circus with meretricious clowns and their exploitation of wild animals but are blown away by the high style of ‘Cirque’ and those who yearn for the traditional Ringling Brothers circus complete with sand and sawdust covered circus ring and feel that Cirque offers little more than a Vegas style extravaganza with a new age score.

Cirque du Soleil's newest show Kooza, which recently blew into town and set up its Grand Chapiteau on Concord Pacific Place, may actually please both camps. Designed in the mode of the classical circus, its large circular stage is roughly the same shape and size of the traditional ring. Also its marked emphasis on acrobatic performance and expanded clowning signals a departure from the mammoth touring productions of previous shows to a more conventional circus format.

There is still the vague fable that gives the show its outline. In Kooza (derived from the Sanskrit for treasure chest) the audience is called upon to follow the journey of a boy and his kite through a myriad of mysterious events. He is helped on his way by a beguiling “Trickster” who is part shaman, part wizard, part master of ceremonies and seems to appear anywhere and everywhere.

Clowns feature in a larger portion of Kooza than in other Cirque productions. Clowns that make you cry, cringe and chuckle. Even before the show starts the clowns move through the audience, engaging the crowd in some knockabout fun. Lead clown Ron Campbell puts everyone in the right mood shadowing the public announcements with ludicrously clever mime.

Kooza is just as visually sumptuous as previous Cirque productions as well as offering polished, highly entertaining physical acts like human pretzel Iulia Mykailova, who convinced me to get back to yoga classes and the beautiful Ukrainian, second generation Cirque performer Darya Vitilova displaying grace and finesse on the trapeze.

One of this show’s highlights (and there are many) is Colombian acrobats Jimmy Ibarra and Carlos Marin Loaiza on the ‘Wheel of Death’ – A three-quarter ton apparatus, consisting of two opposed rotating human-sized “hamster wheels” that revolve around a central axis. The pair work together to propel it to a speed where the laws of gravity disappear.

Michael Halverson’s pickpocket routine is surely the least satisfying act. Halverson selects someone from the audience that might be a volunteer (or a plant), and proceeds to remove his possessions and clothing. Most of the audience is too far removed from the action to sustain interest.

The show draws to its conclusion in the way it began, with the boy lifting his kite onto a gentle breeze, but now empowered with confidence and cogency. As the performers return to the stage for a final bow, Kooza ends.