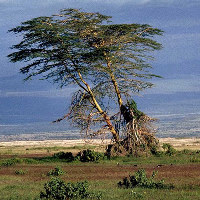 “My story runs like the Nile. Many rivers flow into the Nile from many directions and change its waters like how my story changes when other stories merge into it, and keep moving all together” (p. 598).

Such is the continuing story of Sakina, known as Moti Bai, in Sultan Somjee’s Home Between Crossings, a sequel to his first enchanting novel, Bead Bai. The books trace the life of an Ismaili girl, then woman, living in Kenya before and during the tumultuous years of transition from British rule to independence under Kenyatta.

Somjee blends a gentle narrative with biting political and social commentary in this second novel - a style much more daring and adventurous than that in the story of Moti Bai’s upbringing in the first novel. His poetic style mesmerizes readers as we learn about the cultural and religious life of Ismaili families of Indian origin in East Africa. When we are with Moti Bai in her personal life, she tells us, in her voice, of her struggles to reconcile the many contradictions she witnesses and experiences.

The characteristically subtle teachings of a lovable Maasai elder, Ole Lekakeny, have shaped her world view, and given her a poetic soul that brings comfort to her during the turmoil of the Mau Mau uprising in the 1950s and the deterioration of the Kenya she has loved under Kenyatta’s corrupt and racist Africanization policies. When she tells us of her family life and her religious activity, we are comforted by the magic of the imagery she uses. This is Somjee at his poetic best.

When Moti Bai reveals her consternation about changes that are occurring in her world, changes expected in her religious practices, generational attitudes, and the place of Asians (Indians) in a changing Africa, we understand her pain as the spiritual world that has sustained her throughout her life crumbles around her under the brutish influences of greed and power, fed by vicious racist propaganda from sources that she struggles to understand. Here, Somjee smoothly weaves historical narrative into Moti Bai’s experience. The complex nature of the various influences affecting Kenyan social development at this stage of its history are vividly illustrated as they are integrated into Moti Bai’s story.

We are treated to rare insights into the lives of East African Asians of the time - particularly Ismailis, or Khojas, as they are referred to here. We see how they have worked to establish and grow businesses in the time since their first crossings from India. We see the way they have integrated into the apartheid social structure of white, brown and black that was the reality of British East Africa. We watch as the security and place they have worked for generations to maintain is systematically torn apart by the ruthless use of propaganda, hypocrisy and brute force when Kenyatta, and those who follow, dupe the African people and steal opportunities from the common man to feed the mendacity of the few in power - a situation which continues to this day.

Readers like myself, who knew little or nothing about East African social and political history in the mid- to late 20th Century, are in for an eye-opening education. Those who grew up in East Africa, and were forced by these circumstances to make a second crossing, this time to escape Africa, will be immersed in rich and poignant memories of their own experiences - some joyous, some painful.

Once more, Sultan Somjee has shown his mastery in painting the African landscape with captivating images of traditional and imported mythologies, and of social and family practices both charming and sordid. Bead Bai, Somjee's first novel, treated us to a largely optimistic account of the childhood of an idealist in the ideal world she had fashioned for her own soul. In Home Between Crossings, Somjee has added colourful layers of political dirt to create a truly artful piece of literary realism.