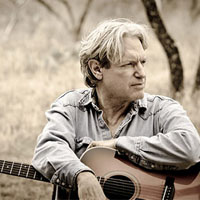 It was perfect sunny weather for the Vancouver Folk Music Festival! I had the wonderful opportunity to attend the Vancouver Folk Music Festival for both Saturday and Sunday. Grant Lawrence (CBC Radio Podcast) one of the emcees commented that it was the first time that it hadn’t rained at the festival since Expo in 1986. The other emcees were Margaret Gallagher of CBC’s Hot Air and Cory Ashworth PEAK Mornings on 102.7.

Yes, a sunny, successful festival and it must have broken the record for attendance. People were jovial and there was an amazing upbeat ambience that prevailed plus the scent of suntan lotion was everywhere. The sounds and the acoustics on every stage were excellent. The crowds danced exuberantly to the music of The Cat Empire, Debo Band, The Waterboys, The Latchikos, Sierra Leone’s Refugee All Stars, The Alan Kelly Gang, Delhi 2 Dublin, and Hanggai, just to name a few.

The many artists came from around the world: Australia, Belize, Canada, Central African Republic, China, Denmark, England, Ethiopia, Egypt, Ireland, India, Italy, Mexico, Scotland, Sierra Leone, Trinidad and the US. There were so many talented performers to see that not only would there be no room in this review to list them but it was impossible for me to see them all.

I was impressed by the voice and cool style of Sam Baker. Always great Natalie Maines (The Dixie Chicks) played on the main stage final night. Lead vocalist Felix Riebl in the Cat Empire had an incredible range and great voice. Sarah Lee Guthrie, yes, the granddaughter of Woody Guthrie has the voice to link the lineage.. There was the amazing Steve Wickham of The Waterboys who played an astounding performance on his fiddle and mandolin. Whitehorse had its own unique sound formed by Melissa McClelland and her husband Luke Doucet.

I found the Shirley’s (seven women) to be a sophisticated performance. They used their voices in such wondrous ways that no musical accompaniment was needed. They were also very humorous in lyrics (Hey girl!), animated gestures and they sang in 6 or 7 languages.

There were many kiosks with beautiful handmade summer clothes, hats, jewelry, body soaps, leather work and one which intrigued me was one of sculptures made from fabric.

The beer garden was a great place to share tables and chat with people visiting from other countries or people who live in the hood. Although it was at times very hot at the festival there was a consistent cool breeze that would roll in now and then to make the heat bearable. Several people told me how good their food was. I should have had one of those lamp donairs that went whizzing by my nose.

This is one festival that got it right on all accounts and made a big big crowd happy.

The festival was well organized, even the bathroom setup which is a major issue to most people had extremely short line ups. Here is where our Canadian politeness really shone.

The ocean, ships, sailboats and mountains were a beautiful backdrop to the Folk Fest. As I walked back to the car under the stars I could not believe the thousands of bicycles that broke over the horizon. There was a political point being made here regarding the Bike Lane Proposal and the festival goers were showing their huge support.
Thank you to all the volunteers and entertainers for a weekend I will always remember.