Dates and Venues May 5 thru 15, 2016 | Vancity Theatre, The Cinematheque, Vancouver Playhouse, SFU's Goldcorp Centre, and the Museum of Vancouver 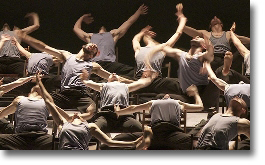 In English and Hebrew

The eponymous Mr. Gaga of Tomer Heymann’s biopic is not Lady Gaga’s husband! Although it’s highly probable that choreographer Ohad Naharin and singer Stefani Germanotta are familiar with each other work. Naharin is the artistic director of Tel Aviv’s Batsheva Company who has constantly pushed the boundaries of physicality and sexuality in modern dance. He is a master of dance syntax, but his ideas were so far beyond his dancers that he developed Gaga as a movement language rather than a movement technique to allow himself and other teachers to communicate improvisation.

It’s Naharin’s own words that provide much of the film’s narrative. It certainly provides a personal insight into his late arrival to formal dance training and his remorse over the death of his first wife Mari Kajiwara, a former principal dancer with the Alvin Ailey American Dance Theater. Heymann’s film includes extensive audition, rehearsal and performance footage that serves to remind us of the physical and mental demands required to achieve perfection. 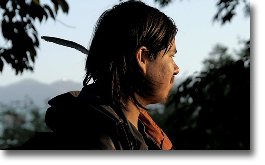 The Ballad of Oppenheimer Park

In English with English subtitles

Roughly the size of a football field, Oppenheimer Park, named in honour of former mayor David Oppenheimer, is located in the heart of Vancouver’s Downtown Eastside. During the summer of 2014, some aboriginals occupied the Park in protest of the city of Vancouver's threat to evict homeless people that had been living in the park. Most Vancouverites don’t see very much of the park except for driving past on Powell Street heading east and Cordova Street heading west (as quickly as possible).

Juan Manuel Sepúlveda’s film primarily focuses on a group of aboriginal occupants of the park who spend most of their waking hours smoking weed, drinking (anything) and verbally jousting each other. There are little more than a couple of hundred words of dialogue in the entire film - of mostly incoherent, rough language. Even though Sepúlveda’s subjects speak English throughout, the director felt the need to add English subtitles. The film-maker just might be guilty of schadenfreude, or at least indulging in poverty pornography by exploiting people on the margins of society without giving them a voice. But as The Ballad of Oppenheimer Park staggers along, we begin to see the socio-political ramifications of people lost in the divide between two diverse cultures. The documentary (if one might justifiably call it that) is a text book example of poor editing. At 70 minutes long, the film is about twenty minutes longer than it needs to be. 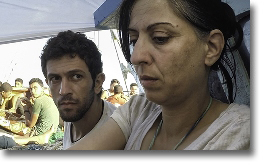 In English and Arabic with English subtitles

George Kurian generally considers himself a photojournalist rather than a documentarian. Covering the civil conflict in Syria in 2012 he was able to witness what has arguably become the biggest human story of the decade. In switching his story from struggle to survival he put himself in the same treacherous path as his subjects.

The title of his film The Crossing represents the sea journey across the choppy Mediterranean, from an illegal departure at Alexandria, Egypt to Genoa, Italy. A journey that under normal conditions takes three days, but this time took seven. Kurian chronicles this epic human migration through Syrian asylum –seekers Rami Aramouni , Nabil Hilaneh and former Syrian television reporter Angela Al Souliman. When they finally reach their European destination, they naively believe their odyssey is over – in reality, it was just beginning. 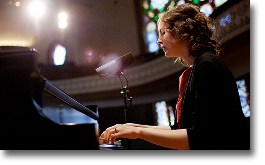 A Matter of Time

Not to be confused with the 1976 American musical fantasy of the same name, A Matter of Time is Casey Cohen’s poignant documentary of Victoria musician Kathryn Calder’s eighteen month break from touring with her band to be a caregiver to her mother. In her mid-fifties, Lynn Calder had been diagnosed with ALS, often referred to as Lou Gehrig's Disease. She died three years after the initial diagnosis. The younger Calder decided to curtail touring with her band The New Pornographers and quit her original band Immaculate Machine altogether. Caring for her mother turned out to be a full time job, yet during that period she managed to write and record a solo album entitled Are You My Mother? which she dedicated to her mother’s memory. The film is subtitled "An ALS Documentary," but in fact it’s much more than that. While it centres on Lynn Calder’s battle with terminal illness, there is also a musical backdrop that includes footage from Kathryn Calder’s benefit concert Lou Gehrig Appreciation Day at the Royal BC Museum. Cohen’s film isn’t always easy to watch, but seeing it will help in coming to terms with our own mortality. 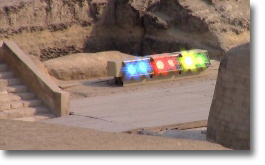 In taking the name after Ra, the Egyptian God of the Sun, it was inevitable that African-American Synthesizer player Sun Ra would sooner or later perform a concert in Egypt. In Dec 1971, at the invitation of the drummer Salah Ragab a pioneer jazz drummer, he performed a famous concert with his 'Arkestra' on the Giza Plateau. Belgian artist and former refugee lawyer Tom Bogaert is credited with assembling the ten minute video which actually forms part of the Sun Ra in Egypt Exhibition. Bogaert moved to Amman in 2009 and has since produced a series of works under a research project based on the life and work of Sun Ra that exists as a series of performances and lectures. The video will probably be a disappointment for fans of the late mercurial musician, who doesn't appear in the video, save for a couple of grainy, black and white still frames.