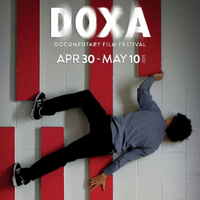 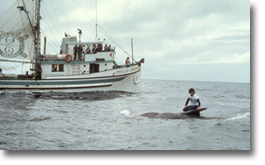 How to Change the World

The Documentary Film Festival (DOXA) this year chose How to Change the World for its opening night gala. Its selection may have had as much to do with the film’s strong Vancouver connection as its artistic content. Jerry Rothwell’s audacious film chronicles the beginning of the Greenpeace Foundation. In so doing, it focuses on three of its principal membership when the organization was formed in Vancouver in the early seventies.

Patrick Moore was an environmental academic from Vancouver Island. Toronto native Paul Watson regarded himself as an environmental activist and marine conversationalist, whereas, his adversaries considered him an eco-terrorist. Robert (Bob) Hunter was a bohemian journalist with the Vancouver Sun newspaper who became the de facto head of Greenpeace, albeit reluctantly. The film is narrated through Hunter’s own writings, who died exactly ten years ago (May 2, 2005), with voice-over by actor Barry Pepper who hails from Campbell River, B.C.

The film starts, appropriately, with the first mission Greenpeace undertook under the auspices of the ‘Don't Make a Wave Committee.’ With a motley crew of pacifists, ecologists, journalists and free spirits the Phyllis Cormack, a fishing boat nearing the end of its seaworthiness, headed to Amchitka to intercept nuclear weapons testing in the region.

How to Change the World only really succeeds when illustrating the bold achievements of such an unlikely bunch of cohorts, rather than as a promotional tool for an international organization. Certainly, some of the archival footage that Rothwell chose to use was little short of stunning, most of which provided by Greenpeace International.

There was a post-flick Q&A session moderated by Andrew Chang of CBC with the filmmaker, and special guests that included Patrick Moore and Rod Marining - two out of only six of the original 13 Greenpeace members that went to Alaska on the Phyllis Cormack that are still alive. 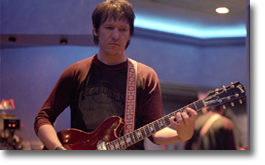 Like most of us, I only became aware of Elliott Smith’s music through hearing the soundtrack from “Good Will Hunting.” One can listen to Elliott Smith and even enjoy his emotionally engaging songs without feeling the need to know about the songwriter. From the reverential title of Nickolas Rossi’s bio-pic you know that it’s not going to be a “warts-and-all” profile of this talented multi-instrumentalist. Rossi has stitched together a brocade of interviews, demo tapes, and concert footage of Elliott Smith's time in Portland and New York City.

Rossi’s documentary shows Smith to be much more of musician than a rock star. With his lank hair and bad skin, he was never a “pretty boy singing pretty songs” as one interviewee puts it. Neither was he comfortable with his celebrity. The recognition he received from his work on the soundtrack of the Gus Van Sant 1997 film “Good Will Hunting” might not have been the best thing that happened to him.

Thankfully Rossi doesn’t dwell too much on Smith’s tragic suicide nor his addiction to alcohol and drugs. Smith seemed to have an affinity with the Pacific North-West, so the film is at its most entertaining when revisiting Portland and showing chatty interviews with former bandmates from Heatmiser (his former band), ex-girlfriend Joanna Bolme and half-sister Ashley Welch.

The film’s soundtrack includes many of Elliott Smith’s best tunes like: “I Love my Room,” “Don’t Call Me Billy,” “Angeles” and a cover version of Elvis Costello’s “Waiting for the End of the World.” 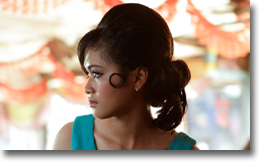 Almost exactly fifty years ago (April 17, 1975) the military arm of the Khmer Rouge entered Phnom Penh as victors of the Cambodia Civil War. It marked the beginning of the end to the country’s distinctive form of popular music. Considered too western by Pol Pot’s Communist regime, musicians were subjugated to the cruelest form of censorship – torture and death. Recordings and sheet music were systematically collected and destroyed. Musicians that produced them were executed. The government of the Khmer Rouge even changed the country’s name to Democratic Kampuchea – somewhat ironic, considering non of its citizenry had much of a say in electing their politicians.

John Pirozzi’s documentary Don’t Think I’ve Forgotten: Cambodia’s Lost Rock and Roll is actually two films in one. The first hour traces the origins of the music – a vibrant blend of Euro-pop, good old American Rock ‘n Roll and their own traditional balladeering. The second forty-five minutes deals with the expulsion of King Sihanouk, the betrayal of Cambodia by the US military under the direction of Richard Nixon and how this unique culture was brutally stamped out by the Khmer Rouge during its four-year reign. A part of the process that came to be known as the “Killing Fields.”

Pirozzi’s film does show that there were survivors. There are featured interviews with Mol Kagnol, 69, lead guitarist with Baksey Cham Krong who now lives in Arizona and Sieng Vanthy, who escaped death at the hands of Khmer Rouge soldiers by telling them she was only a banana seller. 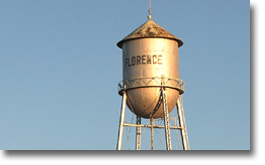 Florence, AZ is situated only a hundred kilometres south-east of Phoenix, but it might as well be on another planet. The prison industrial complex in Florence could find you a temporary home any which way, depending on the type of crime or misdemeanor. It has juvenile center, an immigrant detention, a traffic conviction holding depot and even a death row. It is home to around 17,000 inmates – double the civilian population of the town. Florence has become a single industry town where the government’s correction service provides the main, if not the only economic primer.

Through Andrea Scott’s documentary, we meet half a dozen Florentinos that are on the easier side of the prison bars that have varying views on how much of a benefit the prison industry is to the town. At the time Scott’s crew were in Florence filming, Lina Austin and Tom Rankin were embroiled in a mayoral election. The campaign provides a political back story as well a convenient filler.

Florence, AZ may be the most mundane town ever to be featured in its own documentary. I really had some difficulty in finding the point to this film. 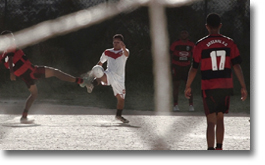 Last summer, millions of soccer fans were watching the FIFA World Cup on television, or if they were lucky watching it inside one of Brasil’s huge stadiums. Barely a stone’s throw from Rio de Janeiro’s Estádio Mário Filho, where the final was played, Rio’s favelas (urban slums in Brazil, typically found in the densely populated cities) were organising their own tournament. Eyrk Rocha’s infectious film focuses on the final game between the Matriz favela (Geração) and the Sampaio favela (Juventude).

Even though the players receive not a single centavo, and spectators watch for free, there is no lack of passion or conviction. Players take to a pitch, that’s hardly more than dry sand and grit with the odd weed poking through the surface, like gladiators ready to fight to the death.

The cinematography directs attention on the emotions rather than the action. In a scene with an inscrutable referee hassled by contentious players from both teams, the drama is further heightened by a soundtrack of Maria Callas singing Un Be Di, Vedremo from Puccini’s opera Madama Butterfly.

This film should be required viewing for some of the extravagantly over-paid professionals. 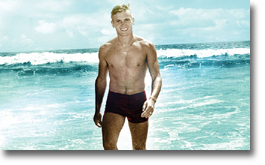 Remember Tab Hunter? If you don’t, that’s just fine with Tab Hunter. He has been a champion show jumper, figure skater and a hit recording artist. His 1957 recording of "Young Love" was No.1 on BillboardTM for six weeks, but he was probably best known for a slew of B-movies that helped put his handsome face on countless fan magazine covers. The irony is that while Hunter was being adored by thousands of female fans and dating beautiful women like Natalie Wood, Connie Stevens and Sophia Loren he was a closeted gay man.

Half a century later, Hunter is now eighty-three, and still has the blue eyes and attractive features that made him a matinee idol, but no longer needs to live an alternative life to protect his career. Jeffery Schwarz’s film gets its engaging narrative from Hunter’s own words through an interview with the director. Schwarz sets out Hunter's early career, using archival images, videos and editorial columns that provide a fascinating account of how the ‘big studios’ operated in Hollywood’s heyday.

The film is pretty scant on the subject’s early life, but does illustrate his strong bond with his older brother Walter and his affection for his German-born mother who raised her two sons as a single parent. After many years of absence, Hunter has recently returned to the Catholic Church and in a happy relationship with long-time partner Allan Glaser. 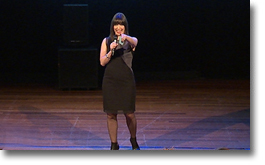 Pride, lust, greed, gluttony, envy, wrath and sloth are a classification of vices as defined by Christian ethics. But what do they have to do with regard to how we use (or abuse) the internet?

Seven Digital Deadly Sins Live a quasi documentary, produced by the National Film Board of Canada and The Guardian that takes a satirical look at how much of our time and talent things like twitter and texting take up.

Using the analogy of the seven deadly sins, it at our online behaviour particularly in respect to social media. It features video “confessions” by celebrities: comedian Mary Walsh, songwriter Billy Bragg, novelist Gary Shteyngart, comedian Josie Long, musician Bill Bailey, actor Ophira Eisenberg and writer Jon Ronson. One of the most amusing is Newfoundlander Mary Walsh discussing the narcissistic tendencies of taking “selfies” and posting on InstagramTM and FacebookTM.

Visitors to the website (http://digital-deadly-sins.theguardian.com/) are invited to interact with features such as “What do you think?” that encourage users to ABSOLVE or CONDEMN various digital sins such as “Exaggerating how great your life is on social media.”