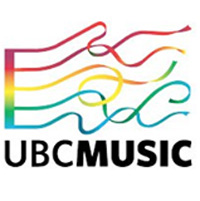 Stephen Chatman has written an entirely pleasant opera, fun, enjoyable to listen to, witty, yet oddly unsatisfactory, the end result somehow less than the effort and skill put into it. There are some very nice bits, for the two sopranos vying to be the soloist, for example. The music he has written for each, one elegantly sophisticated, the other energetic and in-your-face, is nicely differentiated. The score is glossed with musical quotations and styles. Dances and songs, Schubert and Wagner, and doubtless many more, make cameo appearances. Chatmans own The Grand Hotel comes in for varied treatment from each potential soloist as well as from the whole choir. More seriously Dawns aria Miracle and Darkness to Delight for full choir show Chatmans delicious long lines to advantage, as well as his attractive part-writing and harmonies which make his choral music so popular.

On the light side, there is musical quotation from Don Giovanni with reference to the Choirs conductor, described as a womanizer, though in fact he behaves more as an opportunistic chick-magnet than an active seducer.

Indeed it may be this sort of disconnect which makes the overall work disappointing. Presented as a light and slapstick look at a small, amateur choir in Vancouver in pre-Expo days, the characters are broadly drawn and include the stock characters of many a small group  the would-be-stars, the joker, the busy man, the constant fault-finder - and we find these in Kenny the Clown, Dr. Dave, the Angry Man and others. The singing telegram of the 80s is cheekily brought back to life as a Divagram. Many of the jokes are well-worn, oldies but goodies.

Overall though, the text leans too heavily toward the schoolyard for its humour and there are too many unfollowed or contradictory threads, unlike the elegant integration of the varied musical aspects. The slight plot sees ambitious conductor William (or rather Willy) Stroker trying to take his choir to compete in Toronto. With only two rehearsals left before the choir is due to record its audition tape, he nevertheless has accepted a new member, Dawn (Charlotte Beglinger), is auditioning Corey, the new tenor (Jeremiah Carag) and is faced with two walk-in recruits (Elliot Harder as Kenny the Clown and Jack Foster, the Angry Man) and a defection by Dr. Dave (Duncan Watts-Grant). . Mayhem should result, and it does, but not from these incidents which, except for Dawns, become isolated vignettes in a gallery of similar sketches.

The mini sub-plot, a burgeoning love affair between Marilyn (an excellent Camille Holland) and Corey began with interesting character studies but soon faded..

The main theme rests in the rivalry between the two sopranos, Julia (Mariah Muehler) and Heather (Gwendolyn Yearwood) culminating in a fatal assault-by-handbag which unfortunately simply did not come off. Consequently, the dramatic effect of Dawns magic and magical aria Seeing is believing was lost and the transformative power of music  for Choir Practice is a little fable - unchampioned