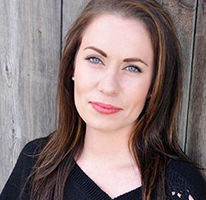 Members of the Vancouver Opera Orchestra under Norbert Baxa, here from the Czech Republic, brought a central-European lushness and vitality to the Overture of UBC Operas current production of The Bartered Bride.

This was the opera which confirmed Bedrich Smetana as the chief proponent of Czech national music. Folk dance rhythms and Bohemian harmonies permeate the score which is also alive with bird-song and the sounds of country life.

The plot runs along old lines. Jenik, apparently a fine young man, a labourer new to the village, is in love with Marenka who loves him in return. However Marenkas parents and Kecal the local match-maker have plans to marry her to the son of the wealthy Micha. Kecal attempts to buy Jenik off and after some finessing with the contract, the young man agrees. The village is shocked, Marenka is heart-broken and very angry, but after some twists and revelations all ends happily.

Tenor Tony Caruso was a very attractive Jenik, charming and confident in voice and person. Laura Miller lent a mature soprano to Marenka, and their duets together were pleasantly flowing. It was in her seductive duet however with Vasek where she really came to life.

As the unfortunate Vasek, Brent Mackenzie displayed a mellifluous tenor and maintained an endearing innocence and enthusiastic joy in life. Camille Hollands Esmeralda was equally enthusiastic, singing and dancing with verve. Peter Monaghan excelled as Kecal, the con-man-cum-marriage-broker, appearing completely at ease, his smoothly self-assured bass unruffled by set-backs to his nefarious plans.

Stage director Nancy Hermiston and choreographer Sheldon Baxter effectively moved the substantial chorus around the stage, keeping everyone visible and allowing some attractive dancing. Besides dancing, the ensemble chorus members showed off more than their fine singing in clowning, acrobatics and juggling. As well, I have it on good authority from a Czech-speaking member of the audience that the Czech accents were very well achieved.

Firmly set in idyllic rusticity, the production boasted the quaint cottage of Marenkas family and a bucolic tavern, designed by Alessia Carpoca and well-lit by Jeremy Baxter. Traditional Czech costumes bright with embroidery and ribbons enlivened the scene. Overall the performance seemed unusually subdued for this company, but an enjoyable evening nonetheless.