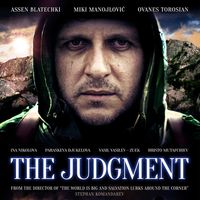 This film is Bulgaria's 2015 Oscar entry and it has good chance of winning as it deals with a contemporary issue: Europe's migrant crisis. Directed by Stephan Komandarev, the film is co-produced with Germany and Croatia. I enjoyed this film. It's a thriller of some sort. You wonder when the border patrol guards will eventually catch the Syrians coming into Europe through Bulgaria.

In a small and poor village in Bulgaria, located close to the border with Turkey and Greece, our hero, Mityo, loses his job and is forced to accept to work for his former commander in order to keep his house and pay his loans. His job is to smuggle illegal immigrants from Syria through the Bulgarian-Turkish border into the EU. Since the death of his wife, the relations between Mityo and his son are strained. The revelation of a terrible secret will force Mityo to face the past, in order to regain his internal peace and find forgiveness from his son.

The film was good except for the ending when the son is typing a letter saying that his father was a murderer. This doesn't sound right because his father was coerced by his Captain even if he didn't want to do it. 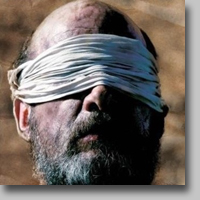 This tragic film based on true events presented in Afrikaans, English & Dutch with English subtitles is set during the 2nd Anglo-Boer War (1899-1902). It's about a devoted husband and respected military officer who decides to go home and protect his family when he hears about the British invaders’ Scorched Earth Policy. Being marked as a traitor, he and his sons sign the neutrality act and lay down their arms.

This is another excellent film, the last one this year presented by Vancouver Foreign Film Society under the leadership of Ian Merkel. It was almost a full house in last Tuesday's one and only screening. Before the film was screened, an announcement was made for the forthcoming Vancouver South African Film Festival April 8-10, 2016. 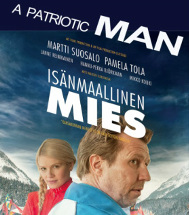 In Finnish (with English subtitles)

Vanfor prez Ian Merkel has a knack of picking good international films to show in the club's monthly screenings. This is another good film he chose, and an audience of around 50 had positive vibes about the film. Next month, a South African film which I believe will be a good one, will be screened.

In this partly tongue-in-cheek film, our hero Toivo is a disappointment to his wife and lacks all motivation for his work. When an accident sends him to a hospital, he discovers he is not at all useless to the community. He has a rare O-type blood that is highly desired by athletes. The hospital has ties to the Finnish Olympic ski team, and suddenly Toivo is enlisted to work as Vice Captain for the Finnish Olympic ski team.

There's the doping theme included here, and for the Manager of the team, the end doesn't justify the means: anything to win those medals is "patriotic", which worries Toivo who has a moral streak in him. There's even Canadian Olympian medalist Ben Johnson with a cameo role as a cab driver in this film shot in Croatia but probably set during the Vancouver 2012 Winter Olympics. 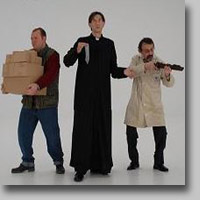 What a funny film! The jam-packed audience who attended this one-night screening laughed from begining to end Adapted from a controversial stage play by screenwriter Mate Matisic, and directed by Vink Bresan, this satire pokes fun at the Catholic Church and its rules on birth control. Determined to raise the birth rate among his Dalmatian island flock, a Catholic clergyman starts to play God by doing something with the condoms sold by local merchants. This film is currently the top-grossing film of Croatia. Another excellent choice of the Vancouver Foreign Film society! 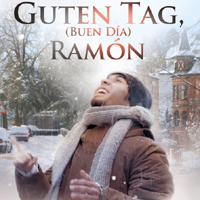 Wonderful film. The theatre was jampacked, and understandably so. This 2013 Mexican/German film was a well-done and well-directed movie. Based on his own experience, filmmaker Jorge Ramirez Suarez weaves a story about Ramón (Kristyan Ferrer), who lives with his single mother, Rosa (Arcelia Ramírez), and grandmother, Esperanza (Adriana Barraza), in a small Mexican town. He struggles to find work to support his family, so instead of turning to a life of crime, he flies to Germany in hopes of working for his friend's aunt. But his aunt has moved out and he doesn't know where she is. He panhandles in the street until Ruth (Ingeborg Schöner), a compassionate elderly woman, helps him stand up on his own. The ending is quite moving: he gets deported back to Mexico but a happy surprise awaits him when he goes back to his hometown. This is a Vancouver premiere, and the audience applauded at the end of this feel-good film. Kudos to VanFor's organizer and president, Ian Merkel, for premiering top calibre international films here in Vancouver.. 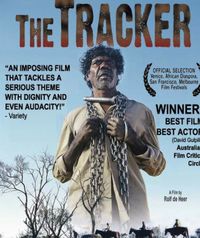 The Tracker
In English & Maori with English Subtitles

This is the Vancouver premiere of this excellent 2002 film directed by award-wining filmmaker Rolf de Heer. Starring legendary Aboriginal actor and Australian icon David Gulpilil, the film takes place in 1922 and deals with a tracker (Gulpilil) who has the job of pursuing an aborigine who is suspected of murdering a white woman. He leads three mounted policemen across the outback, and we see in this film a reflection of racial bias prevalent in the the first half of the 20th century. But poetic justice is served at the end when we see the predator become the victim..

The audience reacted positively after the screening with comments like "a must see film", "fantastic", "he deserved it" (referring to the bad policeman).

Every month, except in August, the Vancouver Foreign Film Society presents a foreign film. Next month, a German/Mexican film Guttentag, Ramon, will be screened. From the trailer that was shown last Tuesday, this is going to be another fabulous film. 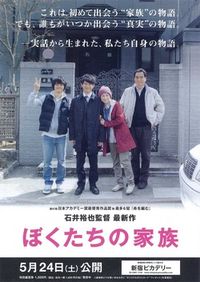 Our Family (Bokutachi no Kazoku)

This is the Vancouver premiere of this film which had the theatre packed mostly by Japanese-Canadians. This excellent film won nine awards and three nominations. The director, 32-year old Yuya Ishii, earned the distinction of being the youngest Blue Ribbon Award Winner in 2011.

Based on a true story from a novel by Kazumasa Hayami, Our Family traces the emotional journey of a four-member family that fails to recognize that it is rapidly growing apart until the mother is diagnosed with terminal cancer, ironically bringing forth a hope for salvation. The president of the Society, Ian Merkel, announced that May was Asian Heritage month and that was why this film was selected for this month's screening. For more info on the upcoming films of VFFS, go to www.vanforfilm.org 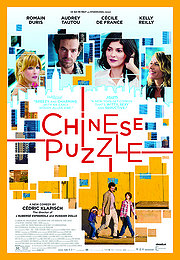 Written and directed by Cedric Klapisch, this French/Belgian film is about a 40-year old father who moves to New York because the mother of his two children has moved there with them and he can't bear the thought of the children growing up far away from him. The film stars Romain Duris, Cecile de France, Sandrine Holt and Audrey Tautou. This 2013 film won awards in France and San Francisco.

There's a lot of Woody Allen in this film especally when the protagonist questions the meaning of life. In two scenes, he asks advice from German philosophers Schopenhauer and Hegel in the hope of solving his existential angst. Like Allen, Klapisch seasons these scenes with black humour.

I enjoyed this film as did the audience during the screening. The Society's President, Ian Merkel, did a brief introduction asking the audience what they thought of the title of the film. Well, in my opinion, after seeing it, I think the "Chinese" part is because the film takes place in New York's Chinatown, and he gets involved with so many Chinese characters, while the "Puzzle" is the fact that the main protagonist, Xavier, finds his life puzzling and complicated with so many things happening during his sojourn in the city.