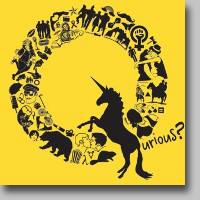 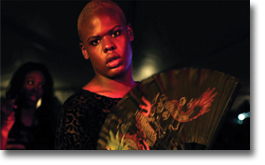 As the feature film of the closing gala, Kiki was a powerful choice to end the festival with a bang! The Kiki scene is comprised mostly of black LGBTQ+ youth, where their passion is boldly performing this unique mix of vogue and ball styles of dance.

The documentary explored the lives of seven youths of colour that were part of the Kiki scene, which included a mix of emotional interviews and live scenes that complemented the narrative. It showed the struggles that they are facing in numerous aspects of their lives as queer dancers of a risqué nature. Jordenö's film also included the acceptance from their families while transitioning, homophobia and racism from the police when performing in public venues. In contrast, it showed homelessness for those who had parents who kicked them out. These issues are definitely timely during the "Black Lives Matter" movement that is sweeping across USA and Canada.

The sold-out show’s audience was clearly engaged and that was evident through their laughter and applause. I also felt the upbeat soundtrack, the quick camera cuts between scenes and the dance performances kept this documentary fast paced where they can sometimes drag.

Great way to end the festival! 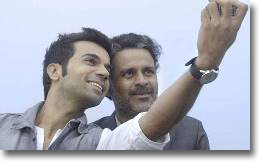 Award winning Aligarh is based on Shrinivas Ramchandra (S.R.) Siras’ life, played by Manoj Bajpayee. It is centered around the dissolution of Section 377 in India’s criminal code, which made homosexuality decriminalized by the High Courts of India, and is now reinstated as of 2013 as a criminal act following the setting of the film.

Siras, a senior professor of linguistics at the University of Aligarh, was raided by two thugs and filmed with his lover at his personal residence. Instead of upholding Section 377, the university’s actions were immediate dismissal from his senior position, eviction from his funded residence and leaking the video to the press.

This controversial film speaks to themes of integrity, corruption and advocacy.

While a few parts of the film were slow given its dramatic nature, the overall movie was well carried by the superb acting filled with raw emotions that were not over exaggerated. As well, the dimly lit cinematography of the ‘slums’ and other regions of India aligned with the dark nature of the plot.

As a gay, first-generation Canadian with Indian roots, this movie truly made me appreciative of the liberties we have in Canada and the struggles that those in India and other parts of the world are still fighting with respect to equality. 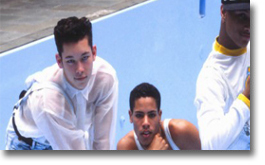 Strike a Pose is a documentary based on the past and present experiences of the seven multicultural back-up dancers who were hired for Madonna’s Blond Ambition Tour that inspired the controversial Truth or Dare documentary that was released in 1991. It fit nicely as this year’s Centrepiece Gala Film as six out of the seven dancers are gay.

It spoke to their personal experience with the AIDS epidemic, the lawsuit against Madonna filed for breach of contract regarding payment, and the positive impact that the tour has had on them, even twenty-five years later.

As a big Madonna fan, I found this documentary to be quite interesting in revealing the ‘behind the scenes’ of their brotherhood. Their stories were told with conviction and the emotions of their unique lives were truly felt with the close-up shots and believed by the captive audience. The dark versus bright lighting within the various scenes helped emphasize their past struggles and current acceptance of their present situations. Having a Q&A with two of the dancers after the film was an added bonus!

I would recommend this documentary to anyone who has had struggles being successful with their passion. Express yourself and make your mark on the world! 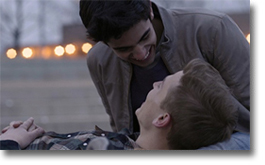 Dates and Venues August 14 and 19, 2016 |SFU’s Goldcorp Centre for the Arts and Cineplex Odeon International Village

Set in the heart of Middle America, Benny and Christopher, two freshmen at the University of Akron in Ohio, feel an instant connection during a game of sports in this coming-of-age drama. As the plot unfolds, it is revealed that their two families also share a common darker connection through a personal tragedy. The intensity of their new forlorn love coupled with the dynamics between the two families fuels the plot of this film.
This film is centered around themes of betrayal, love, acceptance and forgiveness. I enjoyed it and I liked how Benny’s Latino family was very accepting of his sexual orientation, where ethnic families are often portrayed as closed minded and preaching their religious beliefs in past queer films I have seen. Apart from the interesting plot, I liked the beautiful cinematography of the landscape in Middle America as well as the soft soundtrack that allowed the audience to focus on the acting that pulled at your heart strings during the emotional scenes.
If you are looking for Oscar-winning dramatic performances, this film might not be for you. If you are looking to see a romance about young love with an interesting plot with twists, you will be pleasantly entertained.