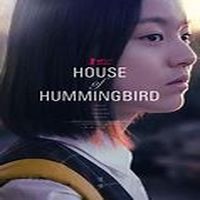 If you´re into sentimental,coming-of-age dramas, this is the film for you. This is about a 14-year old girl who is like a hummingbird searching for the sweetness of life. But aren´t we all?

Surprisingly, this film won a lot of awards and praise: 2019 Berlin International Film Festival, the 2019 Seattle International Film Festival for Best Feature Film, and the Korean Association of Film Critics´Award for one of the 10 best films of the year. It even won the 14-year old Ji-Hu Park the Best Actress Award despite the fact that there was really no acting prowess on her part..

I may be a bit cynical, but this film is a five out of ten in my opinion. First of all, it´s too long (138 mins.) A film should not go over 120 mins. The scenes were too long and a lot of editing was needed.

Perhaps it won awards for being different from the bang-bang gangster shows of South Korea. Something never done, perhaps. But a film like this wouldn´t have a chance for the Oscars.