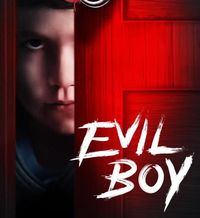 It´s interesting to see a Russian horror film. First time for me. It has an interesting plot. Several years after their son’s disappearance, a grieving couple adopts a feral boy, who begins to eerily resemble their child more with each passing day. While the mother believes they have found their son, her husband is certain he died. As strange accidents begin happening around the boy, the pair soon wonders whether they've adopted something not entirely...human.

Now the plot is interesting and keeps us in suspense but then...there´s a conundrum at the end of the film. It kept me guessing and wondering who was that woman at the end? Was it the wife? Or another human not entirely human?

That's the only peeve I have: the ending. The director didn't seem to know how to end this film. Nevertheless, I'd give the film 7 out of ten. It's just a 3-point deduction for the ending.