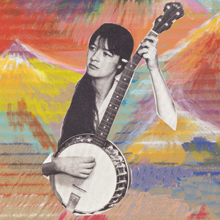 Dates and Venues May 2 - 12, 2019 | The Post at 750, VIFF’s Vancity Theatre, The Cinematheque, Vancouver Playhouse, SFU’s Goldcorp Centre for the Arts, Vancouver Public Library and the Museum of Vancouver 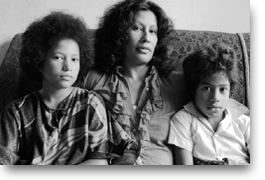 Merata: How Mum Decolonised the Screen

Merata Mita has been a filmmaker, a teacher, an actor, an activist and a mother. She was the first Maori woman, indeed, one of the first Indigenous women in the world to write and direct a feature film. As one can assume from the word “Mum” in the film’s title, this is a benign biopic about the life and career of Merata Mita directed by her youngest son Heperi Mita. Actually, the film stumbles over the edge of hagiography. The Maori filmmaker was also the subject of a likely more balanced 1998 television documentary Rangatira: Merata Mita – Making Waves that was directed by Hinewehi Mohi.
Heperi Mita conducts interviews with his half siblings, as well as with luminaries like Canadian documentarian Alanis Obomsawin. By the time Heperi was born, Merata had fortunately moved past the hardships of poverty and an unhappy first marriage. While the first time director’s knowledge of his family’s early struggles would have been from hearsay rather than observation, he includes some poignant narrative from this period. The film also shows Black and white film footage of his mother’s films – even those that remain unreleased. In particular, the once controversial film Bastion Point: Day 507 that focused on Maori land rights.
Merata Mita died at the age of 67 in 2010 in New Zealand close to her ancestral home.

Prior to the festival’s closing night screening of Merata: How Mum Decolonised the Screen the following awards were presented: 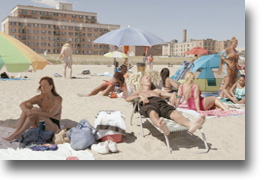 It’s New York City in August 2017. It's the time and place setting for Canadian Brett Story’s choppy film essay The Hottest August. The film offers little by way of a structured narrative and even less in formal context. Story seeks out (or perhaps simply stumbles upon) a disparate group of mostly blue-collar denizens from the five boroughs. Asking questions regarding how they see the future, both for themselves and the city. She records their points of view about rising rents, homelessness, economic pressures, political corruption, decaying infrastructure and of course Donald Trump. Specific people and places are not identified, and the filmmaker rarely challenges their responses. So, it is left to the viewer to fathom any purpose of the discussion. It’s difficult to say that by choosing New York’s most sweltering and humid month, Story was hoping to illicit opinions on climate change. But in an increasingly foreboding world, cynical New Yorkers believe they have more to worry about than global warming. If collective pessimism is what she was looking for, she certainly found it. As a Sicilian immigrant earnestly, and probably truthfully, put it “everybody wants a job, but nobody wants to work.” 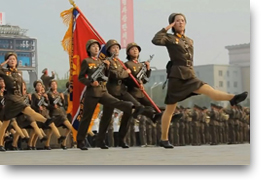 Propaganda: The Art of Selling Lies

In his cautionary documentary, Larry Weinstein, who also provides the narration, not only explores the impact and the history of propaganda, but also methods with various degrees of effectiveness – including art. By the halfway point of the film, Weinstein has already refuted the film’s subtitle; propaganda can be either be based on truth or fiction and could be intended for a negative or positive outcome.
Weinstein weaves together archival footage, interviews and generous doses of his own opinion. The film works best though, when we hear from other contributors: Cree artist Kent Monkman and Irish artist Jim Fitzpatrick and see how they incorporate propaganda into their work. Monkman by inserting Native American characters into previously acknowledged American art and Fitzpatrick, who withdrew copyright on his image of the now infamous Che Guevara poster. Of special interest, at least to me, is how Slovenian avant-garde art-rock band Laibach, who incidentally, were the first Western band ever to play in North Korea, promote their own socio-political agenda through their music. The band’s use of overt neo-fascist iconography leaves their followers to wonder whether they support totalitarian ideology or whether it’s all tongue-in-cheek.
The filmmaker provides evidence that Facebook TM, despite the stated intentions of its CEO Mark Zuckerberg, is frequently used as an international propaganda tool. 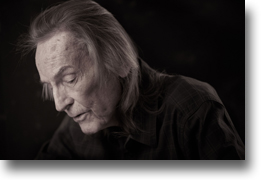 Gordon Lightfoot: If You Could Read My Mind

Ask any Canadian musician about their favourite song and chances are the song they choose will be a Gordon Lightfoot song. Joan Tosoni & Martha Kehoe’s sympathetic film follows Canadian singer-songwriter Gordon Lightfoot’s career and to some degree, his personal life in more or less chronological order. Lightfoot recently turned 80, but is still very much an active musician. The film begins with the celebrated songwriter’s distaste with one of his most popular songs “That’s what you get for loving me.” Lightfoot fans will surely appreciate the amount of live performance footage on hand, from his early gigs in crowded coffee bars to playing Massey Hall in Toronto. The filmmakers also provide a generous selection from the artist’s vast catalogue. Some of his best known songs like, “Early Morning Rain” and "The Wreck of the Edmund Fitzgerald” are analysed in some depth. The film’s narrative comes by way of interviews with Lightfoot himself, Ronnie Hawkins, Sarah McLachlan, Steve Earle and rather surprisingly Alec Baldwin on location at the Jane Hotel in New York City. The film only lightly touches on Lightfoot’s problem with alcohol abuse and broaches his relationship with celebrity groupie Cathie Evelyn Smith in general terms. Their volatile affair was the inspiration in writing "Sundown." 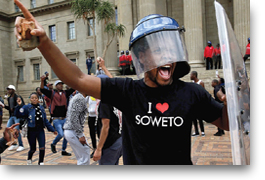 Rehad Desai’s documentary focuses squarely on the student unrest and large scale protests that defined the “FeesMustFall” movement between October 2015 and October 2016 in South Africa. While the activity around the University of Witwatersrand (Wits) draws much of the film’s spotlight, sixteen other universities join the protest and stage a national shutdown. Adam Habib, the vice-chancellor of Wits at the time and a former student activist in the eighties, reluctantly found himself on the opposite side of the struggle, having to justify the university’s rise in fees.
The cost of a university education had increased significantly under the African National Congress (ANC) government, even though they made promises to the contrary. Desai’s film features interviews with student leaders as well as some curious footage of the Minister of Higher Education Emmanuel Nzimande announcing fee increases of “only 6%,” while at the same time, mocking students involved in the protest. The fallout of which escalates demonstrations from campuses to the streets of major cities. During the film, Desai takes pains to lay out historical background of South Africa’s social struggles. 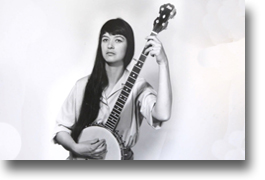 A Bright Light: Karen and the Process

In English & French with English subtitles

So, who has ever even heard of Karen Dalton? So little has been documented, either in audio, video or print, that’s It’s difficult to understand why Emmanuelle Antille would chose her as the subject of her first documentary; a project that premiered at the Visions du Réel Festival last year. Watching the film, It’s evident that the Swiss filmmaker knew little more about her subject than the rest of us. Antille’s film is closer to a video journal than a biopic and might have been appropriately titled Searching for Karen Dalton. Certainly Dalton is seen more as an apparition than a bright light. The obscure, half-Cherokee, half-Irish singer, hailed from Oklahoma, but In the early sixties, when she would have been in her twenties, made her way to New York City’s Greenwich Village along with herds of other folk singers. If you read every word in Bob Dylan’s memoir "Chronicles: Volume I" you would come across a single sentence where he recalls her performance at a Village folk venue. In watching Antille’s well-intentioned documentary, one has to wonder how many undiscovered Karen Daltons there are (and have been) out there. Gifted musicians with unique talent destined never to be appreciated by more than a handful of friends and lovers. 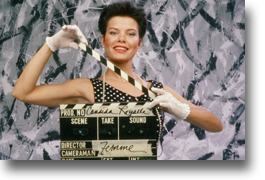 Candice Marion Vadala, who is much better known by her professional name Candida Royalle began her career as a dancer and actor, then later as a producer of couples-oriented pornography which she preferred to call erotic romance. Sheena McDonald’s film is a bittersweet portrait of Candice Vadala, who, while not blessed with a happy childhood, went on to live a full and satisfying adult life, becoming a pioneer in women’s sexual empowerment. McDonald’s film does not focus so much on her career in adult film, though it does offer up the odd chintzy film clip, but rather her search in later life for the family life she never had. The film catches up with the title subject as a cancer sufferer in her early sixties. Speaking to an unseen interviewer, the film crew follow Vadala in her search for her mother, whom she was separated from in early childhood. Her discoveries leave her with as many questions as answers. 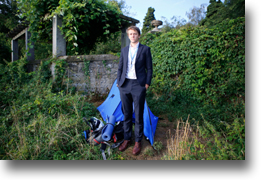 The corporate internship system is a phenomenon that has spread like a cancer across Europe and North America. Young filmmakers Natalie Berger & Leo David Hyde go for broke in an exposé of the practice that advances the employer’s needs without much evidence it helps the intern. The film examines the personal journey of three potential professionals, two hoping to take their careers forward by accepting work without any compensation. The other subject is co-director Hyde himself whose singular motive is to bring to light how the process is unjust – particularly so for the financially disadvantaged. Hyde finds an unpaid internship at the United Nations in Geneva, then at the end of each working day returns home to sleep in a small tent on Geneva’s lakeshore. Kyle Grant, an African-American, interns for Warner Music while finding his lodgings in a homeless shelter in New York City. Marisa Adams works full-time as an unpaid intern for ‘Obama for America’ despite the campaign reputedly raising around a billion dollars. You might think that when organizations are getting quality labour for free, they would at least try to keep their interns happy. Not necessarily so! Marisa had to fend off unwanted sexual harassment from supervisors. The film is rated as ‘Y for youth’ and therefore considered especially suitable for high school students.