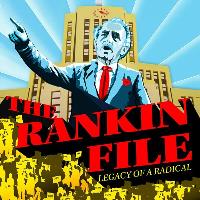 The Rankin File: Legacy of a Radical

In the past few decades, Vancouver has had its fair share of colourful and controversial mayors: the charming, though at times contentious incumbent Gregor Robertson, the gutsy Sam Sullivan, the hard working Mike Harcourt, the centralist Art Phillips and the opportunistic Gordon Campbell who defeated Rankin in his bid to become mayor.

Alas, local filmmaker Teresa Alfeld’s subject is not one of them. Speculatively, Harry Rankin may have been the best mayor Vancouver never had. Alfeld’s documentary is part biography, part political essay, essentially focusing on Rankin’s political career as an alderman. As a lawyer, Rankin was at least partly responsible for establishing the province's BC Legal Aid Society, but Alfeld’s film only lightly touches on Rankin’s law career. He certainly held socialist beliefs and helped form the Committee of Progressive Electors (COPE) as a left wing civic political party. The film all but ignores Rankin’s career as a soldier with the Seaforth Highlanders, though does acknowledge that he was a WWII veteran.

Alfeld’s film will be of enormous interest to nostalgic Vancouverites who enjoy a stroll down memory lane. It offers a wealth of film footage around the city and several clips from the late Jack Webster’s television programme. Even the appurtenant soundtrack by Doug and the Slugs is tinged with a little nostalgia. Doug Bennett’s (the Slugs frontman) 1980 hit "Too Bad" has turned out be prophetic.

See below other film from the2018 DOXA Documentary Film Festival that have been reviewed. 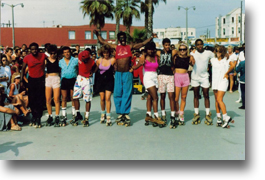 Stroll along the sidewalk adjacent to the recently gentrified Venice beach any weekend and you will see jugglers, musicians, and roller skaters entertaining passers-by. Australian filmmaker Kate Hickey has created an engaging and ultimately poignant documentary about young people using Venice beach in the eighties. Mostly urban blacks, they drew huge crowds who would flock to see roller skaters posing and strutting their fancy footwork on the smooth strip of concrete. Roller Dreams follows exponents like: Sara Messenger (aka Sally), Terrell Ferguson, Larry Pitts, Jimmy Rich, Duval Stowers and James Lightning (aka Mad) the de facto leader. Hickey’s film shows that the sub-culture suffered from its own incredible success.

It was a success not to last. Hollywood has never been renowned for letting authenticity get in the way of movie making. With films like Roller Boogie and Skatetown USA, it managed to “white-wash” the street level phenomenon. It didn’t help the cause when in 1991, Rodney King was brutally beaten by Los Angeles police officers. When the courts failed to convict the guilty officers, it set off riots that lasted days. Thereafter, relations between the police and young urban blacks deteriorated. Finally, as urban gangsta rap replaced disco, many of the women dancers turned away.

The second half of Hickey’s film shifts into “where-are-they-now” mode. Kate Hickey catches up with the dancers three and a half decades later and see that they have chosen many different paths to further express themselves. For some, those Roller Dreams, just like that famous stretch of sidewalk, have been broken. 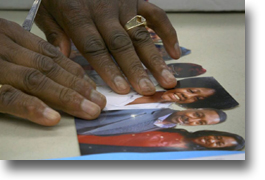 Éthiopiques: Revolt of the Soul

In English with English subtitles, song lyrics in Amharic

Éthiopiques is a series of music recordings featuring Ethiopian singers and musicians, released in the seventies and remastered. Maciek Bochniak’s film is more than a documentary. It’s the story of three men: Amha Eshete, record store owner who became a music producer, Girma Beyene, singer, pianist and arranger who embarked on a musical comeback after thirty years and Francis Falceto, a French musicologist who rediscovered Ethiopian popular music.

The film opens with black and white film footage from Addis Ababa in 1969. Amha Eshete saw that there was no Ethiopian recorded music in his store – or anywhere else. Hence he took it on himself to correct that omission. The music had always been there: a salmagundi of funk, jazz and R&B. The music was lauded by the people and generally accepted by Haile Selassie. However, when the emperor died in 1975, the new government prohibited western forms of music and forced many artists like Beyene into exile. This unique musical culture may have been lost forever if it hadn’t been for Francis Falceto’s discovery.

The film captures interviews of Amha Eshete, Girma Beyene and of all people – Elvis Costello. Bochniak’s film is supported by an amazing soundtrack – a selection of tunes from the Éthiopiques compilation. 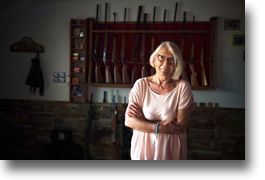 In English & Greek with English subtitles

Who or what is Golden Dawn?
Filmmaker Håvard Bustnes’ documentary goes some way to inform that Golden Dawn is in fact, despite its bucolic name, is an ultranationalist (let’s say even fascist) political party in Greece’s national government. Bustnes’ Norwegian film crew infiltrate the party’s family dynamic that exposes the misplaced passion of those on the front lines of modern nationalism. The leaders deny there is racism on their agenda, preferring the word “tribalism.”

The titular “Girls” are Ourania, Jenny and Dafni, respectively a daughter, wife and a mother of members of the party’s hierarchy, who at the time of filming, were incarcerated for organized criminal activity. During Greece’s 2015 general elections, the women rose to the task of leading the party’s campaign. Their aim was to move the party from fifth largest political party in Greece to third place – a goal that was ultimately achieved. The film barely touches on the murder of hip-hop artist Pavlos Fyssas by an alleged Golden Dawn member. The party denied any connection to the murder.

While the film offers a compelling study in Greece’s political shift to the right, it is unlikely to attract many outside of political junkies. 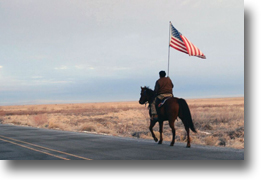 No Man’s Land is David Byers’ on-the-ground, and largely unbiased, account of what happened in the middle of winter at Malheur National Wildlife Refuge, east Oregon, a couple of years ago. The incident is all but forgotten by most people living outside the Pacific North-West, but at the time, the standoff between protestors, who preferred to be called patriots, and federal authorities drew attention from international mainstream media.

The film begins with a lone horseman carrying the American flag down an Oregon highway on January 27, 2016. The rider is never specifically identified, but it wasn’t LaVoy Finicum. He was shot the day before by a state trooper while attempting to run a road block, one day prior to his fifty-fifth birthday. Finicum had become a de facto spokesman for the so-called Citizens for Constitutional Freedom – essentially a group of ranchers, aimlessly led by Ammon Bundy.

Byers was granted full access to the militant occupiers throughout the 41-day siege. There were also interviews with local law enforcement and citizens in the nearby town of Burns who not all enamoured with the protesters. Much of the film footage used was taken at night so it wasn’t always clear to see exactly what was going on, or who was really running the show. An absorbing film, but never fully informs whether it was a case of legitimate antipathy or simply unwarranted rancor over federal land-management. 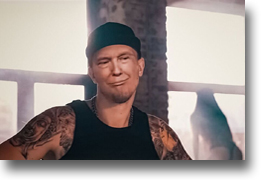 In English & Russian with English subtitles

In Donald Trump’s inaugural speech, he was heard to say “People of the world, thank you.” Over in Moscow Vladimir Putin, watching the event on local television was known to respond with “You’re welcome.” This anecdote is from the host of a news program on one of Russia’s State-owned TV channels seen half way through Maxim Pozdorovkin's documentary Our New President.

While Donald Trump's once solid support base appears to be shrinking in America's rust belt, Pozdorovkin's mildly entertaining film goes to great lengths to show that the current White House occupant is not only the Russian people’s favourite foreign politician, but believe they should take some credit for getting him elected. The film is actually more about Vladimir Putin and his publicly owned propaganda machine. Putin actually called Trump to congratulate him before Obama did.

The first politician one will recognise is Hillary Clinton, who is less demonized by the Russian media, but rather just diminished. We don’t see Trump for the first time until thirty minutes into the 78-minute film. There is no new content here; but a miscellany of information drawn entirely from archive footage, YouTube videos and clips snatched from Russian Television. Watching Pozdorovkin's documentary was like witnessing a calamitous event, but instead of turning away you want to look longer. While streaming the film, my internet crashed – twice. Instead of sensibly giving it up, I kept trying to get it back.