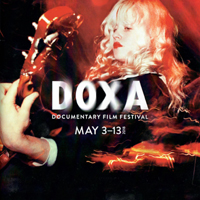 Dates and Venue May 3 - 13, 2018 | The Vancouver Playhouse, Vancity Theatre, The Cinematheque, The Orpheum Annex, Museum of Vancouver, SFU’s Goldcorp Centre for the Arts 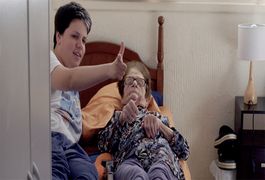 The Creator of Universes

Asperge disease has its upside. Just like Dustin Hoffman in The Rainman who was a genius in Math, so also is 16-year old Juan who is a genius as a filmmaker. Whether he picked it up from his sister Mercedes who studied Film and who films this documentary about him and their 97-year old grandmother, Rosa, his partner in the creative process of filming telenovelas, this comic, heart-warming film is something unique and a must-see especially for those working with the mentally challenged.

Sometimes the dialogue gets comically obscene, especially on the part of Rosa who plays the villain in the telenovelas. The pair share their creations, with Juan as actor-director, usually the victim in them. This documentary makes its North American premiere here in Vancouver. 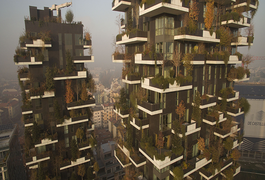 This is an excellent documentary about the much discussed topic of climate change. It does address the issue in a unique manner using the metamorphosos of the Monarch butterfly from caterpillar to coccoon and then, to its final butterfly stage.

However, what makes this film unique is it offers solutions to avoid a Mad Max catastrophe, leaving earth into a desolate, barren and uninhabitable place. It delivers a message of hope. One solution I liked was using swimming pools in California to grow food and removing lawns and converting them to gardens.

In Milan, a building has trees in the balconies in order to absorb the carbon dioxide in the air (see inset)., Filmed in locations around the world including Vanuatu, New Mexico, Alberta’s Badlands, the Canary Islands, California, Japan, and Mexico, the directors manage to present to us through beautiful and stunning visual images of climate events occurring in our time, and how we can reverse what might one day be catastrophic for humankind. 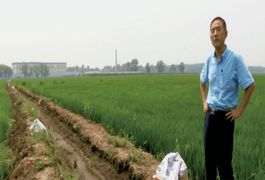 As I was watching this documentary, I couldn´t help but compare the persecuted members of the Falun Gong to the early Christians during the Roman times who were tortured and fed to the lions. This documentary is about one such martyr who stuck to his beliefs and paid dearly for it.

From award-winning Vancouver filmmaker Leon Lee, this superb documentary exposes human rights abuses in China through a prisoner at the Masanjia labour camp, Sun Yi, who, through a letter hidden in a Halloween decoration, calls for help. The letter is discovered by Julie Keith from Damascus, Oregon, and through her, the letter ends up in the media resulting eventually in the closure of these camps.

The film is well-documented through interviews with Sun Yi, Julie Keith, some ex-prison guards who tortured Sun Yi, and his wife. I would give this film a 9 out of 10 rating.