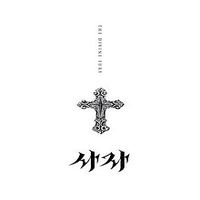 'Tis the season of ghoulies, vampires and everything supernatural: Halloween, when the devil comes to collect souls; Dia de los muertos (Mexico), when Death is celebrated; and for Christians, All Saints' Day and All Souls' Day (November 1 and 2).

This 2019 South Korean action horror film stars Park Seo-joon, Ahn Sung-ki and Woo Do-hwan, and is about Yong-hoo (Park), a martial arts champion who gains divine powers to fight with a powerful evil force. After a tragic childhood, which involved the deaths of his parents, Yong-hoo has harbored deep resentment towards the Almighty.

This horror film follows the tradition of the Exorcist films with action added to it, as Yong-hoo uses this anger against God to become a successful MMA fighter. After a bout in the United States, he develops stigmata, which forces him to seek the help of Father Ahn (Ahn). The priest, who is an exorcist, sees potential in Yong-hoo after his wound defeated a demon.The two partner to battle demonic activity in Korea.

It's an entertaining film and worth watching.