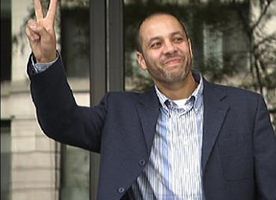 After watching this film which won the Peoples Choice Award in the 19th Annual Amnesty International Film Festival here in Vancouver, I am reminded of Franz Kafka's The Trial where a man is taken from his home, tried and found guilty and is imprisoned without him or the reader knowing why. This is what this film is about: a reflection of the absurdity and stupidity of the Canadian government where life imitates art. Five men spent years in prison without being charged with a crime or knowing exactly what they were accused of. This documentary is about the Canadian government’s use of security certificates, a tool that allows for indefinite detention without charges, based on evidence not revealed to the accused or their lawyers. To date, none has been charged with a crime or seen the evidence against them. Through the experience of the detainees and their families, the film raises questions about this medieval tool of the Inquisition which modern day Canada is still using.

The good news from Montreal is that one of the five, Adil Charkaoui, has received his Canadian citizenship. This is a significant moment, as it is further vindication for Adil, who spent 6 years living under a security certificate without charge. 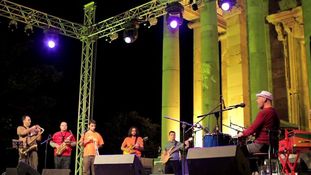 This documentary shows the possibilities of how music can help the peaceful coexistence of different races with different backgrounds in some parts of Europe and the Middle East. Music groups are featured to show the healing power of music in situations where people are separated, such as the Turks and Kurds in Turkey, Serbs and Kosovars in Kosovo, and Israelis and Palestinians in Israel. This is a film that reflects how multiculturalism is prevalent all over the world today. But unlike Canada, where multiculturalism is a natural phenomenon because we are all immigrants in this country, this isn't the case in the Middle East where Arabs and Jews have been at war for thousands of years, or Eastern Europeans who have had conflicts through the centuries. But this is a superb film showing how music can heal these past wounds. 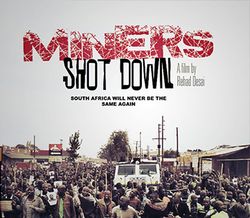 August 2012. Mineworkers in one of South Africa’s biggest platinum mines began a wildcat strike for better wages. Six days later the police used live ammunition to brutally suppress the strike, killing 34 and injuring many more. A clear case of police force. Who was behind the killings? This excellent documentary investigates, using footage from the police as well as fromk the filmmaker, the events leading to the massacre. It's obvious that this was well-planned from the evidence shown--that the miners would be killed. Even as they surrendered, the police boxed them in and shot them.

I admire these Quixotic miners who seek social justice and are martyrs for their cause. You need to die to improve the lot of the others. Because after this incident, wages were increased and other miners from other mines followed suit with wildcat strikes.

Human history shows that the ruthless become powerful, and thus, become the masters of the human race. While the poor are enslaved, the powerful continue with their good life. Sometimes you want to give up and say, "Can we do anything about this? Does democracy really work? Is this world only for the rich who enslave the poor?"

But like Don Quixote, there are these martyrs who sacrifice their lives to try to better the world and bring social justice. And it will always be that way, a constant struggle because that's what life's all about.