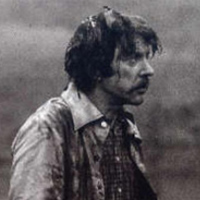 Cinematheque continues its quest to provide the best examples of cinematic excellence to Vancouver audiences in an exciting collection of Nicolas Roeg’s films, aptly titled “Out There”. Roeg has been quoted as saying that a film is merely an expression of a film maker’s thought, wondering if anyone is “out there” understanding those thoughts. This fine sampling of the controversial director’s works aligns the visionary cinematographer-cum-director’s work with a generation of audiences ready to credit it for the genius that went under-recognized at the time that he made these films from the 1970s to the 90s. The “Out There” series runs from February 17 to March 4, with repeated screenings of all the films for the viewer’s convenience.

Opening night featured the first showing of Don’t Look Now, a spellbinding story of grief’s unfolding, mixing clairvoyance, wishful thinking and denial, and the actions that emanate from waves of their interaction. Julie Christie and Donald Sutherland are rebuilding their lives after the death of their daughter. Sutherland’s work takes them to Venice, an apt setting for the fluidity, shadow, and winding nature of their experiences as the story progresses. A chance meeting with a blind clairvoyant and her companion triggers the action of the story, as the couple strive to move on with their lives while being haunted by visions of their daughter in their routines about the city.

Don’t Look Now is a banquet of cinematic finery. The clarity, texture and symbolism in the cinematography is breathtaking, making it a visual feast. The acting sweeps the audience into the lives of the couple effortlessly, though, in this reviewers opinion, the happiness and understanding within the marriage is more ideal than real. Roeg’s direction, including visuals, editing, and scene action, transport the audience easily through scenes shifting in time: memories, the present, and glimpses into the future. This is a hallmark of Roeg’s genius.

Nicolas Roeg will be ninety years old this year. His has been a talent before its time - ironic, or, perhaps, fitting - in that he explores perceptions of time in all of his films. Cinematheque’s generous collection of his work is a tribute to his genius in communicating psychosis, spiritual culture, psychedelic experience, emotional range, eroticism, and mystery in cinematic art. Check out the program at theCinematheque.ca, and take in as much of this feast as you can.