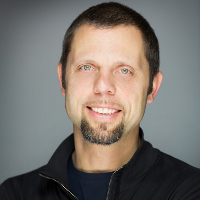 ALL IN ONE directed by Max Pollak

I can’t think of a better title for Max Pollak’s All in One show, which had it’s premiere at the 2019 Vancouver International Tap Dance Festival. While it was a true one man show, All in One also speaks to Pollak’s way of bringing together all types of rhythms, music, and culture from around the world – all underneath the umbrella of tap dance.

Pollak is recognized worldwide for his legendary tap style and musicianship which is based on combining Afro-Cuban beats with American Tap, to create his own RumbaTap. Using his body as a walking drum kit, the show was entirely backed by Pollak’s acapella body beats - using his mouth, hands, and feet to beat out different arrangements.

The body of the show is Pollak’s journey into the tap world and tribute to Afro-Cuban folklore and religion including three sets created as a salute to the Afro-Cuban saints of transport (Elegua), metal (Ogun), and hunting (Ochosi). Each of these dances was inspired by the rhythms and songs attributed to worshipping these deities.

An experienced story-teller, Pollak broke up each piece of the show with personal commentary on the mentors that influenced his style, and a tribute to each. From Carnell Lyons in a complicated rhythm step called “the killer”, to Heather Cornell and bebop tap, to Bob Fosse’s STEAM HEAT, Pollak has truly taken the best of all these influencers and combined them with his own original style, all the while also teaching the audience about the rhythm of these masters, regularly engaging them with clapping out beats to provide additional percussion to his performance.

Pollak wrapped the show with an amazing tribute combining his love for African rhythm with his Austrian heritage, in a piece that combined tap, yodeling, and his brilliant singing voice. As strange as this combination sounds, it was a powerful and brilliant display of his creative talent in seamlessly bringing the two cultures together.

All in One blows all expectations for a typical tap performance out of the water–it’s a wonderfully refreshing and extremely creative take on the adaptability and inclusivity of the tap dance form.