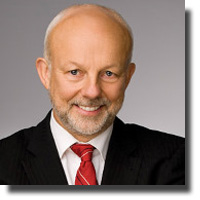 For the latest concert in the Tea & Trumpets Series, host Christopher Gaze and the Vancouver Symphony Orchestra led by Gordon Gerrard took the audience on a whirlwind musical tour of Scotland, Czech Republic, Central Asia, Spain and France.

The orchestra began by following Felix Mendelssohn’s 1830 sojourn to the west coast of Scotland for the Hebrides Overture. The piece was inspired by the composer's visit to the Hebrides archipelago. It is beautifully evocative of high tide crashing against the rocky coastline of Scotland’s west coast. Its structured as a stand-alone concert overture, rather than an overture in the sense that it precedes an opera or major symphonic work.

Next stop was Prague, now the capital of the Czech Republic, but when W.A. Mozart wrote his Symphony No. 38 in D Major, popularly known as the Prague Symphony, the city was the centre of Bohemia. Mozart understandably loved the city, so it was a fitting tribute that he named the new work in its honour – even though it was written in Vienna. Maestro Gerrard’s cohesive reading has arguably raised the bar for Mozart performances among Canadian orchestras.

For our only stop outside Europe we visited the Steppes of Central Asia courtesy of Alexander Borodin’s atmospheric suite that shares its name. Originally commissioned in honour of Czar Alexander’s Silver Jubilee, it might have been lost in some dusty archives forever had it not been for Rimksy-Korsakov rescuing it. In the Steppes of Central Asia is beautifully melodic and has a portentous cinematic quality.

For Édouard Lalo’s Symphonie espagnole, the orchestra was joined by guest violinist Colleen Venables. Presumably, due to time restraints, only the fourth and fifth movements (Andante and Rondo) were performed (pity). The young Ms. Venables seemed to handle all the technical challenges that the piece demands, especially in the final Rondo where the upper and lower registers were played with balanced clarity.

The orchestra rounded out the afternoon with George Gershwin’s iconic An American in Paris. The younger Gershwin considered himself to be a composer of serious music, even if his contemporaries didn’t necessarily agree. From the cheerful opening where you can hear the frantic sound of Parisian traffic to the bold and brassy later passages, the listener can share the adventure that visitors get to experience in that bustling city.

These matinee concerts that incorporate a single musical theme have become extremely popular. The late Otto Lowy (the series originator) would no doubt be overwhelmed to see volunteers serving ‘tea and biscuits’ to the many seniors who made up this afternoon’s audience.