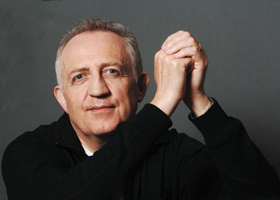 Bramwell Tovey passed away on July 12, last year, the day following his 69th birthday. He was the longest-serving music director of the Vancouver Symphony Orchestra (2000 - 2018). Maestro Tovey was an artistic director, arranger, mentor, teacher and a lover of jazz. In 2003, he was a recipient of a Juno award for best classical composition. Involved with performing music up until the time of his death, he was working as the artistic director of the Rhode Island Philharmonic, principal guest conductor of the Orchestre Symphonique de Québec and the BBC Concert Orchestra.

The program in this concert covers music that honours the legacy of Bramwell Tovey. It’s music that he enjoyed listening as well as performing. The opening piece, from late Maestro’s countryman Edward Elgar was the famous Nimrod, the ninth movement from Variations on an Original Theme played by the orchestra without a conductor. Host Christopher Gaze invited the audience to imagine the late Maestro standing on the podium. Fans of Elgar's music appreciated the orchestra's precise and affectionate playing.

It’s easy to believe that Bramwell Tovey would have enjoyed leading an orchestra in Gustav Mahler's Adagietto the fourth movement from Symphony No. 5. Perhaps he even saw the 1971 film “Death in Venice“that used the piece to exquisite effect. Maestra Tania Miller led the orchestra with a keen sense of phrasing and an understanding of the range of Mahler timbres.

Music Director of the Okanagan Symphony Orchestra Rosemary Thomson walked on the Orpheum stage to noisy applause to lead the orchestra in a vibrant reading of Jocelyn Morlock's Nostalgia. Composed for a string orchestra Morlock took inspiration from Milan Kundera ‘s novel “The Unbearable Lightness of Being.” Morlock's work is certainly incredibly emotive, evoking a quiet stroll down Memory Lane.

The orchestra took a short break while the audience watched a video of Jessica and Emma Tovey in conversation with Gordon Gerrard. The two women spoke fondly of their father who wanted for them a rounded education.

Following a fairly lengthy intermission, Tania Miller led the orchestra in Poco sostenuto; Vivace, the first movement of Beethoven's Symphony No. 7. The movement is in sonata form with the lively Vivace moving to infectious dance rhythms. I personally prefer the more festive Allegretto – the second movement, but hey, this Bramwell Tovey’s tribute concert.

The afternoon ends, rather fittingly, with Ralph Vaughan Williams' pastoral masterpiece The Lark Ascending. The work is rich with folk melodies, and James Ehnes managed to draw on the composer’s deeply nostalgic writing that evokes images of the pleasant English countryside. The orchestra, led by Tania Miller also featured some agreeable flute passages and ends with a restrained solo violin.

Former CEO of the Vancouver Symphony Society Jeff Alexander and Canadian mezzo-soprano Judith Forst joined in offering anecdotes about their experiences of working with the late Maestro. The concert was a worthy tribute befitting a music scholar and humanitarian.