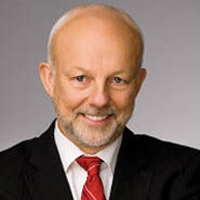 The first concert in this new season’s Tea & Trumpets Series features music from French composer Georges Bizet. Carmen Suite No.1 and Carmen Suite No.2 are orchestral music drawn from Bizet's opera Carmen compiled posthumously by Ernest Guiraud. While the suites are generally faithful to Bizet's own orchestrations, the order of the excerpts are not in the same chronological order as heard when attending the opera itself.

Carmen Suite No. 1 is shorter than Carmen Suite No. 2, beginning with the Prélude and ending with the iconic Procession of the Toreadors. In between we hear the opera’s three Entractes; the second, Séguedille has an exquisite waltz tempo featuring the flutes of Rosanne Wieringa and Chris James. The second suite differs from the first by way of being orchestral variations of the opera’s popular arias. The second movement is the gypsy girl Carmen’s hair-raising aria Habanera (love is like a wild bird) from Act One.

Wedged between the two suites, we heard Bizet’s Symphony in C, a work he completed as a student at the Paris Conservatoire. It's a remarkable work for a composer of any age. Conductor David Bui appears to have a special affinity for French music and Bizet in particular. His reading of this piece exudes all the radiance and youthful charm we might associate with the Parisian composer’s early work. It indeed seems a pity that the work had to wait eighty years before it was performed for a paying audience. In his commentary, host Christopher Gaze suggested that may have been due to the structural similarities used by his early mentor Charles Gounod, and perhaps inviting claims of plagiarism.

As is typical with these audience pleasing afternoon concerts, the orchestra offered a generous encore – a reprise of the earlier performed Procession of the Toreadors.

During his observations, Christopher Gaze remarked that he had hosted the Tea & Trumpets series of matinee concerts for twenty years. The series has certainly increased in popularity during that time, so Mr. Gaze should certainly