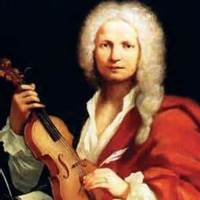 Antonio Vivaldi’s much loved tetrad of violin concerti that make up The Four Seasons may have been a victim of its own popularity. Vivaldi surely would have hoped, even intended, that his beloved Stagioni achieve a level of distinction among devotees of baroque. Though, the work certainly deserves a better fate than being everyone’s favourite elevator music.

Newfoundland-born and former VSO concertmaster Mark Fewer returned to Vancouver to perform the suite last weekend at the Chan Centre. Leading twenty string musicians plus Linda Lee Thomas on the harpsichord adequately demonstrated that a concert hall is still best place to listen to serious music. He knows how to lead – and when necessary, follow – knowing when to become part of an ensemble. Fewer’s capacity to be soloist, duettist and ensemble member is essential for Vivaldi’s music and he achieves it with instinctive musicality playing Seasons and the earlier performed Il grosso Mogul.

Starting (of course) with Spring, the ensemble, consisting of the Vancouver Symphony‘s finest, instantly capture images of spring and the aural warmth it brings to the ears. As Spring drifts into Summer, we experience less of an uplift. But after almost pedestrian like pace, the violins pick up for a thrust of celerity, before retreating again to the slow vibe that continues for most of this concerto.

From the lively violin solo that marks the ‘peasant dance’ that signifies the start of Autumn to the featured harpsichord solo and finally the swaying rhythm of the third movement, we sense a foreboding in the most complex structure of the concerti. Winter sounds so progressive; it feels like it might have been written in the seventies. The shift of harmonic colour in the final movement brings us back to the reality of the bleak journey home.

I was delighted to find the four of the seasonally related sonnets inserted into the programme. Reading them provided added appreciation of the music.

The evening began with ten musicians stepping onto the stage (5 violins, 2 violas, 1 cello, 1 double-bass and a harpsichord) to perform Heinrich Ignaz Franz von Biber’s Battalia. Mark Fewer must have been concerned about reaction to the ninety seconds of deliberate dissonance that he saw fit to forewarn the audience. Battalia as the title would suggest is a baroque programme of instrumental depiction of a battle. Biber’s use of diverse harmonic ideas was certainly ahead of its time.

Also performed in the first set was Johann Sebastian Bach’s Concerto in C minor for Violin and Oboe, featuring VSO principal oboist Roger Cole. When hearing the splendidly vigorous first movement, it would appear that the two solo instruments intentionally forego the same melodic range. The sweeping second movement was sublimely melancholic and had Fewer and Cole showing off some jazz inflections.